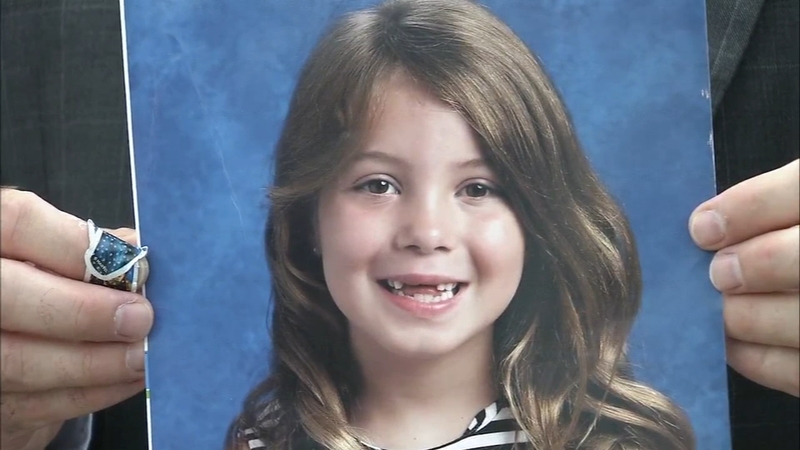 Family of murdered child push for change in Pa. law

Kayden Mancuso was just seven years old when she was murdered by her biological father, Jeffery Mancuso, who then took his own life.

The murder happened while Kayden was visiting her father at his house in the Manayunk section of Philadelphia on August 6.

Her mother, Kathy Sherlock, says the little girl should have never been allowed to be left alone with him.

"She was kind she was caring she was fun she was witty, she was athletic, she was sassy," Sherlock said.

Her mother and stepfather want the Bucks County judge who allowed Kayden's father unsupervised visitation - despite a history of criminal violence - removed from the bench.

"He needs to be accountable for what happened," said Kayden's stepfather, Brian Sherlock.

The judge should be removed, they say, because he ignored a court expert's report that Kayden's father should not be allowed unsupervised visitation until he had undergone treatment.

But that was not in the judge's order.

Kayden's family met with Governor Tom Wolf on Friday to talk about changes in state law.

In disputed custody cases like Kayden's, they say a child should have a court appointed advocate.

"In the courtroom during the trial to protect the child's rights," said Brian Sherlock.

They also want an emergency custody clause. Kayden's mom said that Jeffery Mancuso was in a rage when he told his daughter he hated her.

Fearing Kayden would be harmed, Kathy Sherlock wanted to report to the court, but was told it would take six to 12 weeks to see a judge.
"Some sort of temporary custody, emergency custody within 24 to 48 hours if something happens with the other side having a violent and mentally ill history," said Brian Sherlock.

The family would also like to see additional training in family law for judges who deal with custody issues. If the changes should become law, the family hopes the bill will be dubbed, "Kayden's Law."