Police say the victim lives on the same block where the killing occurred.
WPVI
By 6abc Digital Staff 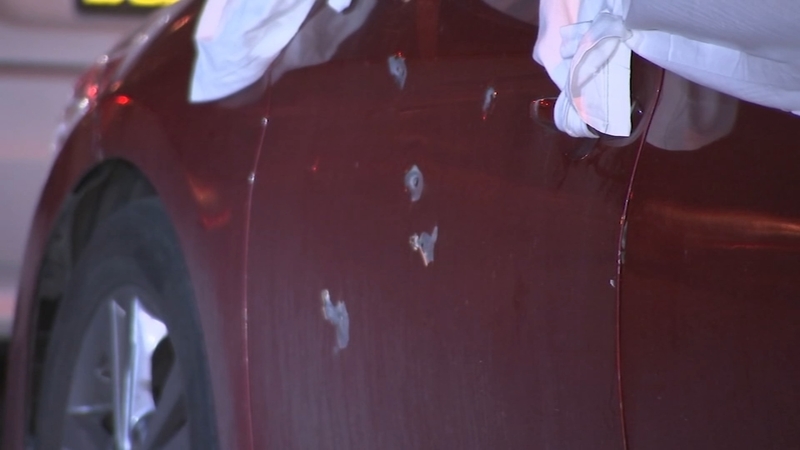 Shooters fired at car 'in every direction' in Philly homicide: Police

PHILADELPHIA (WPVI) -- Philadelphia police have identified the man who was killed after dozens of shots were fired at his car in Strawberry Mansion early Tuesday morning.

There they found 22-year-old Kelvin Manuel Sori, who lives on the same block, dead from multiple gunshot wounds to the head and body.

"It appears the shooters were firing into this vehicle from every direction," Philadelphia Police Chief Inspector Scott Small said on Tuesday morning.

Sori was in the driver's seat of a Hyundai sedan with the engine still running.

At least 31 shots were fired from two weapons, police said, and the Hyundai was hit more than 15 times. Most of the bullet holes in the driver's side door and window.

"This appears to be an execution due to the fact the car's hit so many times and the victim is hit multiple times," Small said.

Police said surveillance cameras captured three males walking up to the victim, firing shots and then fleeing the scene.