Kenneth Frazier, North Philadelphia native and one of the only Black Fortune 500 CEOs, is retiring 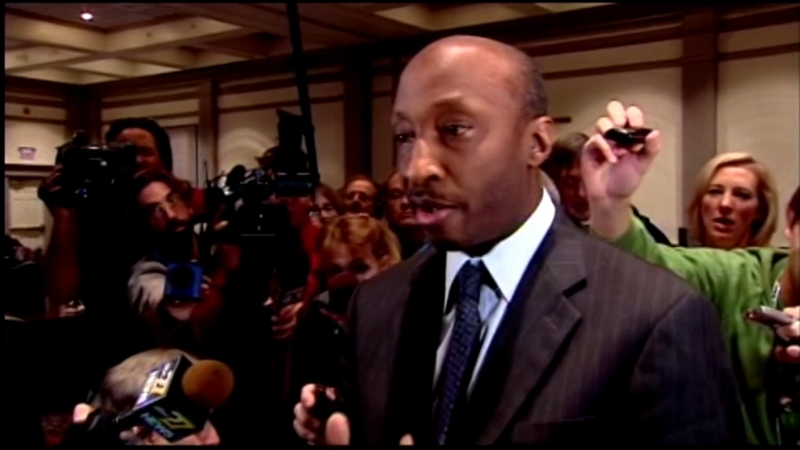 Kenneth Frazier, North Philly native and one of the only Black Fortune 500 CEOs, is retiring

PHILADELPHIA -- Merck CEO Kenneth Frazier, who is currently one of the few Black CEOs of a Fortune 500 company, is retiring in June, ending a nearly 30-year run with the company.

The pharmaceutical giant announced the change Thursday, naming Chief Financial Officer Robert Davis as its new leader effective July 1. Frazier has served as Merck's CEO since 2011 and had made headlines in recent years for his statements on racial justice and his public tussles with former President Donald Trump.

"On behalf of the entire Merck board, I thank Ken for his strong and highly principled leadership and his commitment to the company's core values of scientific excellence, business integrity, patient focus and respect for all people," said Les Brun, Merck's lead independent director, in the release.

Frazier will remain on Merck's board of directors as executive chairman for a "transition period to be determined by the board." He was complimented for his development on a number of key drugs, including Keytruda and Gardasil 9.

But Merck said it was discontinuing development of its Covid-19 vaccine candidates after early studies showed immune responses were inferior to natural infection and other vaccines. Instead, Merck is continuing to study and scale-up manufacturing for two potential coronavirus treatments.

Frazier made national headlines for quitting Trump's manufacturing council over the former president's failure to condemn white supremacists in 2017, stating that "America's leaders must honor our fundamental values by clearly rejecting expressions of hatred, bigotry and group supremacy." That prompted a tweet from Trump's now-deleted account criticizing Merck.

Last year, Frazier spoke out during nationwide protests for George Floyd, saying it could've been him who was killed by police.

Prior to joining Merck in 1992, Frazier, a native of North Philadelphia, was a partner with the Philadelphia law firm of Drinker Biddle & Reath.

He sits on the boards of PhRMA, Weill Cornell Medicine, Exxon Mobil Corporation, Catalyst and Cornerstone Christian Academy in Philadelphia.