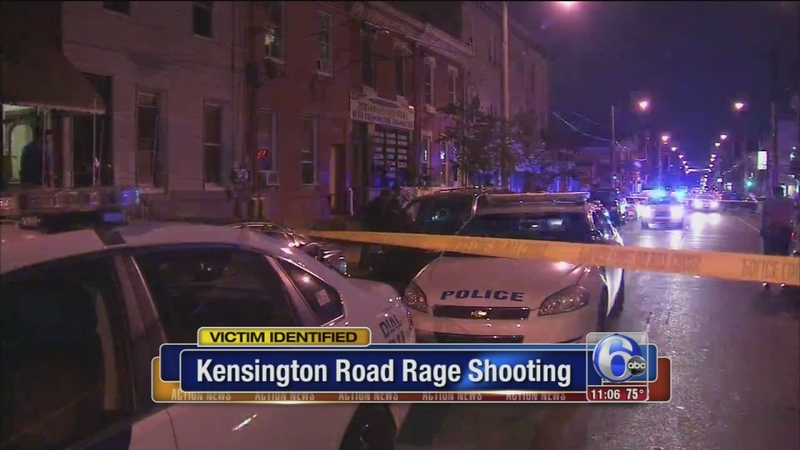 KENSINGTON (WPVI) -- Police have released the identity of the 32-year-old man killed in an apparent road rage shooting in Kensington.

The incident happened shortly before 9:00 p.m. Friday night on the 2800 block of North 5th Street.

The victim, identified as Antonio Pedraza, was shot twice in the head and the chest. He was pronounced dead at the scene.

An initial investigation revealed that Pedraza was arguing with his girlfriend in front of his home.

It appears that he was blocking traffic from getting by and an upset driver got out of a green minivan and shot him twice.

Police are searching for the gunman, who was behind the wheel of a green minivan - possibly an Astro or a Windstar.