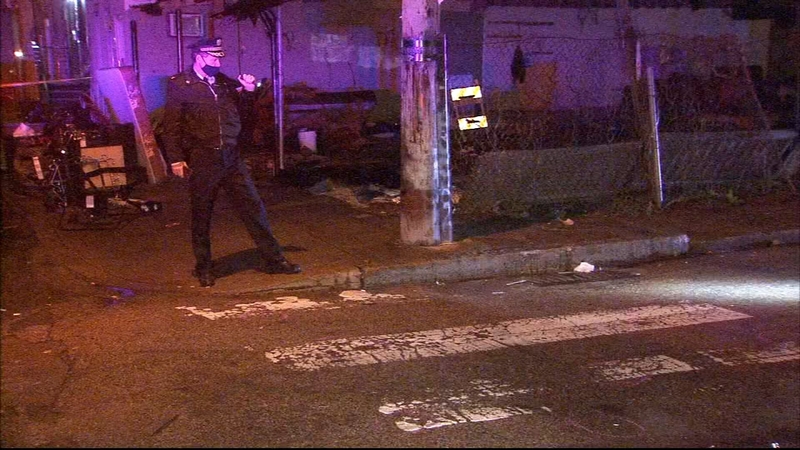 17 shots fired into group in Kensington, man shot in face

PHILADELPHIA (WPVI) -- A man fired at least 17 shots into a group in the Kensington section of Philadelphia wounding three people, police said.

It happened just before 12:30 a.m. Friday at Coral and Rush streets.

Arriving officers found a 32-year-old male victim suffering from gunshot wounds. He was conscious and walking.

Witness told police a gunman had opened fire on a group of six.

"For no reason, according to the witnesses, the male pulled a gun and fired 17 shots into the crowd, striking this 32-year-old victim in the face and arm," Philadelphia Chief Inspector Scott Small said.

Police rushed the 32-year-old to the hospital where he's listed in critical condition.

The shooter fled on foot.

"(The victim said) there was no robbery. No argument. The shooter just walked up, pulled a gun, and fired 17 shots," Small said.

Two other victims showed up later at the hospital on their own, police said.