"People dying every day, man. That ain't cool. This is supposed to be the City of Brotherly Love. Where the love at?" a Philadelphia resident asks.
WPVI 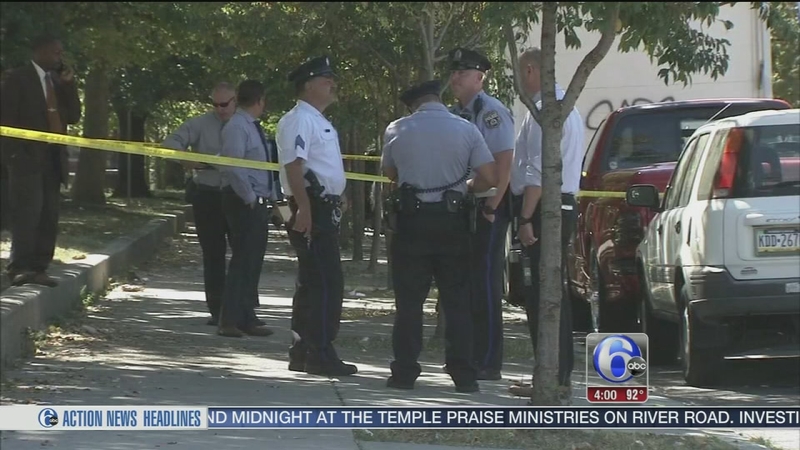 KENSINGTON (WPVI) -- A school in the Kensington section of Philadelphia was placed on lockdown following a shooting across the street.

Julia de Burgos Elementary School on the 400 block of West Lehigh Avenue was placed on lockdown around 11:35 a.m. Wednesday. The lockdown was lifted by school police at 11:47 a.m.

A witness told Action News he saw a young man with a gun approach a man in his 40s at Fairhill Park. The victim ran.

The suspect, the witness says, pulled out a gun and fired.

The victim, believed to be a vendor selling bathroom supplies, was shot in the head.

"It's messed up. This is a park. I've seen a bunch of kids playing in here. There are gunshots everywhere," Alex Dourn of North Philadelphia said.

Police say the motive was likely a robbery attempt, but it's not clear at this point.

Police say the shooter roared off in an old Chevy Monte Carlo.

This comes just a day after the city saw multiple shootings and deaths.

"People dying every day, man. That ain't cool. This is supposed to be the City of Brotherly Love. Where the love at?" a resident told Action News.

The current homicide rate is 11 percent higher than last year, but still much lower than 2012 and earlier.

But it is a situation that keeps Philadelphia Police Commissioner Richard Ross awake at night.

Ross knows violence can beget violence and hopes upset citizens who know something will say something.

"What we need is for people who get information on some of these shootings that's likely to result in retaliation to pick up a phone, let us know. You may be the difference in saving someone's life. In this day and age, where some of these young guys don't care where they shoot or how they shoot, it may be an innocent victim," Ross said.

Ross indicates that retaliation is a big factor in the cycle of violence in the city.