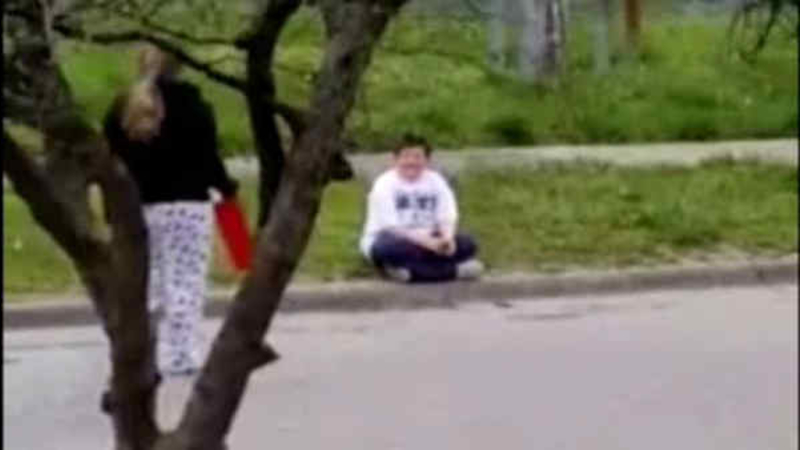 KENTUCKY -- A 13-year-old Kentucky girl is being praised for her kindness after she attempted to lift the spirits of a young boy she saw being bullied.

And that moment was caught on video,

When an unexpected player showed up to a children's basketball game, he wasn't a welcome participant.

"No, I didn't know him at all," Shaylynn Hampton said.

His name was Richard, and he arrived wearing tattered shoes that made him an easy target for the other children.

"His shoes were like coming apart on the bottom and stuff, like flipped back," Hampton's stepbrother, Jamal Bibb, said.

So during a break from the game, as Richard sat by himself, Hampton decided she would help.

"When she came out of the bedroom, she had a box of shoes in her hand," mom Jackie Workman said. "I was like, 'What are you doing with those?' And she was like, 'They're making fun of a little boy outside, mom, and he's got holes in his shoes.'"

And what she did will stay with those who witnessed her kind act.

"I felt bad," Hampton said. "When I was little, when I was his age, I got made fun of. And I didn't like that. So to stop that feeling for someone else, it made me feel good."

Hampton has a huge collection and gave Richard a pair of $200 Lebron James sneakers.

"They were clean," she said. "They were brand new, so I didn't have anything to use them for."

"I think that there's still good in the world," Workman said.

And that's good in the heart of a 13-year-old girl.