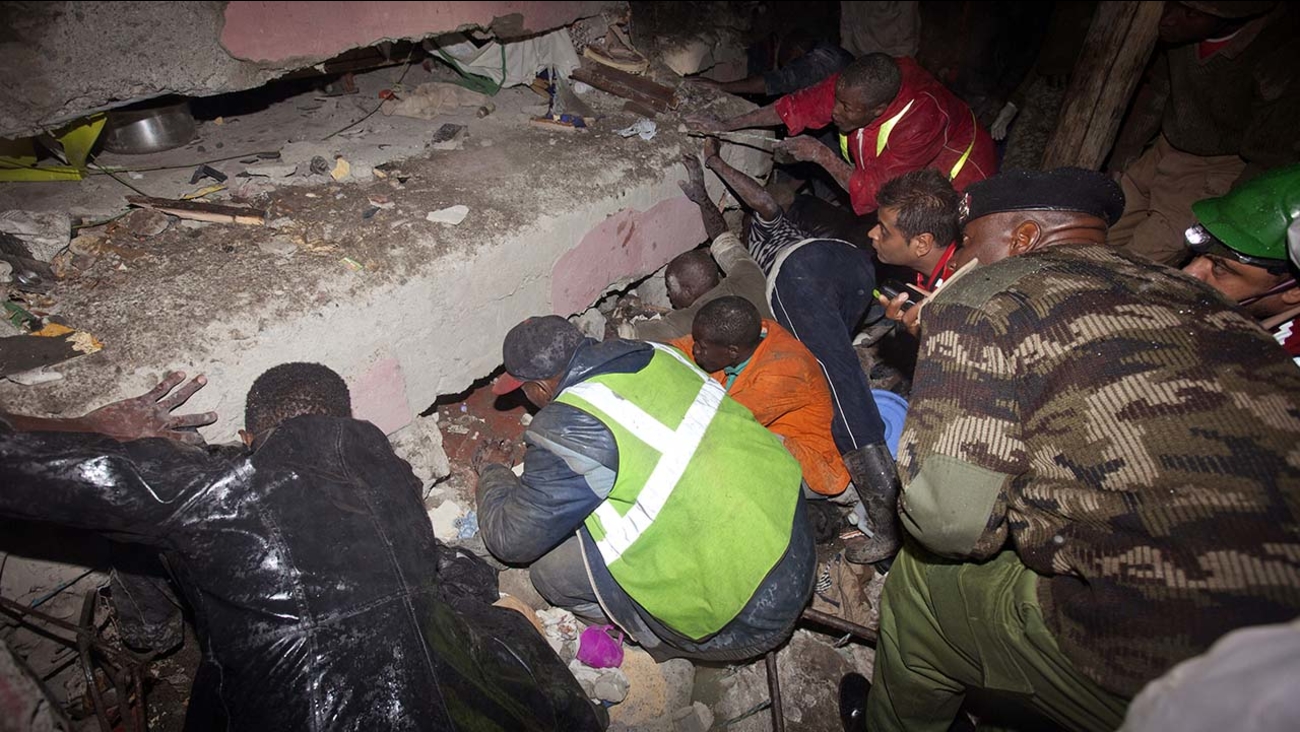 Rescue personnel search for survivors at the site of a building collapse in Nairobi, Kenya (AP Photo/Sayyid Abdul Azim)

NAIROBI, Kenya -- A baby almost six months old was on Tuesday rescued from the rubble of a building that collapsed Friday night, raising hopes that more survivors could still be found even though the death toll rose to 23 and 93 people have been reported missing.

The baby girl was brought to the hospital around 6 a.m. local time after being from the rubble of the seven-story building, said Simon Ithai, spokesman of the Kenyatta National hospital. The baby had no physical injuries and is being treated for dehydration, Ithai said.

The death toll from the collapsed building now stands at 23, according to police, and the Kenya Red Cross said that 93 people have been reported missing.

A Kenyan court ordered the two owners of the collapsed building and 21 officials from the county government to be held in police custody for 21 days as police complete investigations against them.

Taking advantage of a high demand for housing in Nairobi, some property developers bypass building regulations to cut costs and maximize profits.