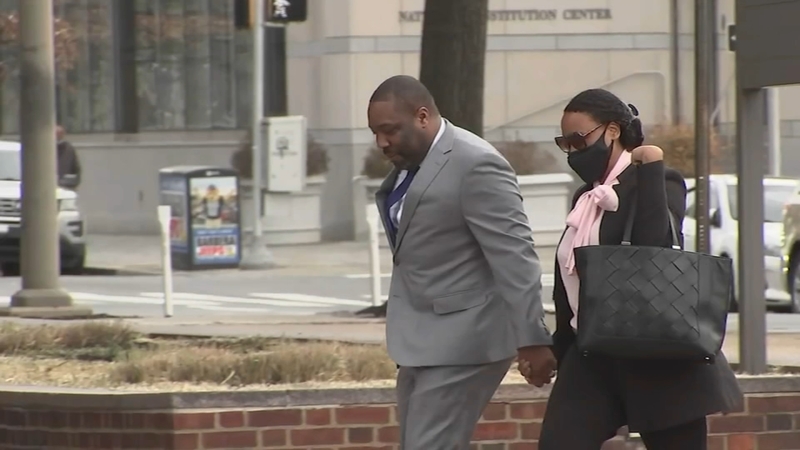 The couple was charged in 2020 with a wide range of racketeering conspiracy and related crimes, including bribery, honest services fraud, multiple counts of wire fraud, and tax offenses.

Federal prosecutors allege the couple was offered more than $66,000 in bribes disguised as consulting work for Chavous.

Universal Homes chief executive officer and board president Abdur Rahim Islam and secretary of Universal's board Shahied Dawan were also named in the indictment.

Prosecutors allege the consulting contract was a "sham" in a "pay to play" scheme and Johnson accepted the bribes in return for political favors related to a real estate development project in Johnson's district involving the Royal Theater.

The federal government alleges Johnson introduced an ordinance in 2014 to rezone the theater as a political favor to Universal, which was paying Johnson's wife.
On Tuesday morning, U.S. Assistant Attorney Mark Dubnoff presented his final arguments stating, "Perhaps Ms. Chavous worked hard for other clients, but she hardly worked for Universal."

Dubnoff added, "She was being paid $1,660 an hour from a nonprofit that had posted 24 months of losses. Who pays that kind of money? Criminals. That's who."

Each of the four defendants in the case are retaining their own attorneys.

After final arguments from the prosecution, an attorney for Islam presented his final arguments retaining his client's innocence, stating there was no relationship between the hiring of Chavous and requesting Johnson present the rezoning ordinance.
Of the federal government's timeline alleging when the bribery would have happened, Johnson's attorney Patrick Egan said, "The problem is there's no evidence to support that story. None. Not one single shred."

All of the clients have maintained that they are innocent. They each face up to 40 years in prison if convicted.

The judge is expected to charge the jury to begin deliberating Wednesday at 9:30 a.m.