"As women of color, we always have to be more qualified," said Renee Cardwell Hughes, a retired judge.
WPVI
By TaRhonda Thomas 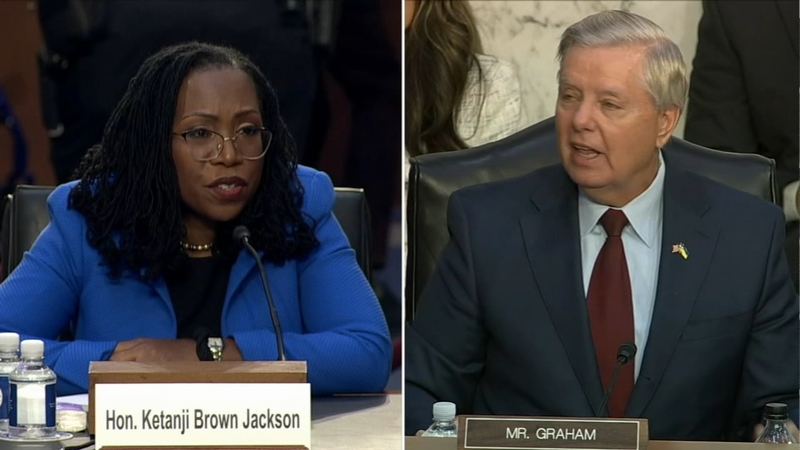 "In the 80s, judges were confirmed to the federal bench and the Supreme Court.. in the high 90 (percentage of votes)...100% confirmation," said Hughes. "Over time, since the 80s, that has gone down. And it's gone down because we've made the court a partisan issue."

When asked whether she thinks Jackson has been treated fairly, Hughes gave this assertation.

"I'm not prepared to say she's being treated more hostile than other candidates who've come before the court," Hughes said.

But she does agree that as a Black woman, Jackson is held to a different standard.

"At the state level at that time, we were not as partisan," she said. "There really were more questions about judicial philosophy,"

In her second day of questioning, Jackson defended herself against accusations of imposing sentences that were too light on child pornography. Republican Senator Lindsey Graham was so emphatic with his interruptions, another lawmaker had to step in and tell him to allow Jackson to answer the questions he'd posed.

Hughes says the issue of child pornography sentencing is one that most members of the American public examine only on a surface level.

"It's an emotional issue and that's why I believe it is being brought up," she said. "From a judicial perspective, it's an issue that requires more thought and analysis than the general public would give it."

Hughes noted that Jackson's record of sentencing in those types of cases is not an extreme deviation from the sentencing that several other federal judges have handed down based on the law.

"Federal judges have been asking for years for the sentencing commission and ultimately congress to revisit the guidelines on child pornography," she said.

American Bar Association Journal Assistant Managing Editor Liane Jackson said Republicans questioning Jackson on issues like child pornography and her stance on crime is not necessarily a reflection of actual concerns about the nominee.

"The truth of the matter is, politics have reached the Supreme Court," said Jackson. "It's not so much about a candidate as it is an opportunity for congressmen to speak to their base."

On Wednesday, Republicans also fired off questions on issues ranging from immigration to crime and race. The fact that Judge Jackson could make history in her position is not lost upon Hughes who says Jackson is more than qualified for the position.

"As women of color, we always have to be over-qualified. And our records have to be impeccable," she said.

Thursday is scheduled as a day of testimony from groups including the American Bar Association, which has raised concerns about the supermajority of conservative justices on the Supreme Court.