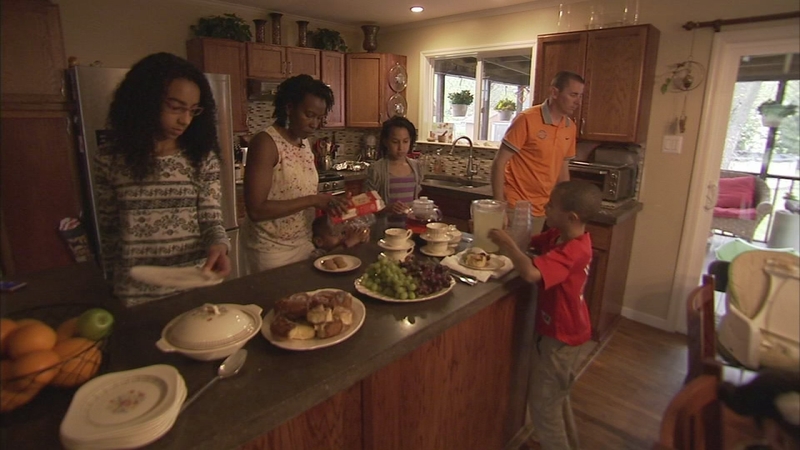 PHILADELPHIA (WPVI) -- Every May, Children's Hospital celebrates "Daisy Days," which supports its mission for kids' health.

This year, funds raised in the campaign will benefit the hospital's Integrative Health programs.

Food plays an important role for the Jarvis family of Williamstown, New Jersey.

But so do food allergies - 3 of the 6 kids have had some. Micaiah, the youngest, has the most complex.

"Micaiah has food allergies, in addition to a latex allergy, and many, many food intolerances," said Micaiah's mother, Ardra Davis.

While nursing him, Ardra eliminated dairy, eggs, and other foods from her diet to ease his stomach problems. But even more sensitivities arose with regular food.

After a long stream of doctors, tests and trial and error, Ardra was relieved to find the Food Reactions Clinic at the Children's Hospital of Philadelphia. It uses an integrative approach, blending traditional and "out of the box" thinking to get answers others haven't found.

The gastroenterologists, allergists, and dietitians work as a team.

"For me, things can happen quicker, just because we're all sitting in the same room," said Ardra.

The team works on getting problem foods out, without sacrificing proper nutrition. And along the way, it learns of new twists from patients.

"They could tolerate fresh corn, but not processed corn. So as the corn is processed, there is some chemical it comes in contact with," said Dr. Mascarenhas.

On the research side, the center is studying how gut bacteria - the microbiome - affects food reactions.

Doctors also want to create a single test that could make complex cases like Micaiah's easier to diagnose.