Kids Health Matters: Having a child diagnosed with autism 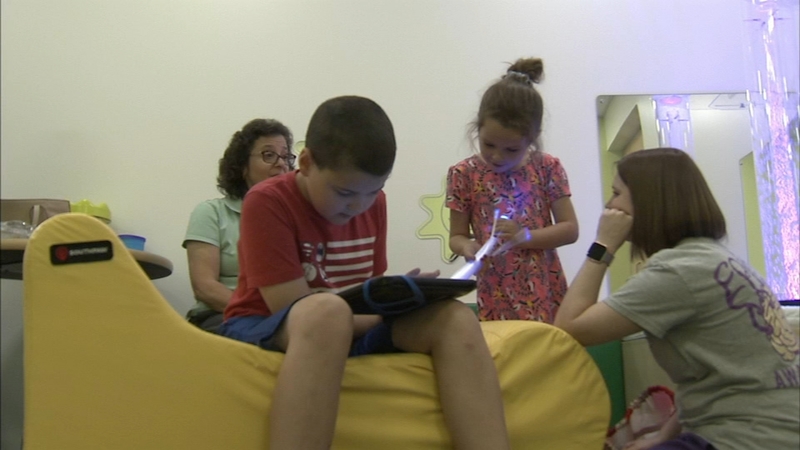 Kids Health Matters: Having a child diagnosed with autism

Awareness and support for children with autism is changing, but parents still face big challenges.

Erin Troy of Drexel Hill says her son Jack was 15 months old, when his family noticed a change.

"We moved from California to this coast. And he just stopped interacting with people," Troy said. "No sleeping, no stopping, like just constant movement."

Dr. Emily Bernabe of Nemours DuPont Hospital says Jack's first signs of autism were pretty typical, as was the timing - between 1 and 2 years of age, although symptoms can appear as early as 6 months.

"If their parent smiles at them, do they smile back? Do they imitate their parents' sounds and noises, do they engage in social play with their parents, like tickles or songs?" Bernabe said.

"The tools that we're using are better in identifying children," Bernabe said.

But every child will show a different range of deficits and capabilities.

But it took several years before he learned how to soothe himself and not constantly move.

And with medication, he finally slept more than two hours a night.

"What he can do and accomplish during the day with a good night's sleep is a world of difference," Troy said.

Jack is now in mainstream classes in middle school and on the honor roll.

He's a walking encyclopedia on commercial companies and stocks, and he loves movies.

"I had to convince myself to stop trying to figure out why it is what it is, and use all that energy to get the services and things to move him forward," Troy said.
Report a correction or typo
Related topics:
health & fitnesshealthcheckautismkids health matters
Copyright © 2022 WPVI-TV. All Rights Reserved.
TOP STORIES
FOP contributes $10K reward in murder of Philly police officer's son
AccuWeather: Back to the 40s today; possible weekend storm
How to get free N95 masks from pharmacies, community health centers
2nd NYPD officer dies days after Harlem shooting
City files noise pollution violation for South Philly energy plant
Teen took action after child hurt in bonfire explosion: Officials
Cause of death revealed for 23-year-old woman found dead after date
Show More
Main Line home burglary caught on video
NJ officials investigate suspicious death after car crash on I-76
TX Mom shares story of son's 'scary' battle with COVID complications
FDA halts use of antibody drugs that don't work vs. omicron
SAT going digital in shifting college admissions atmosphere
More TOP STORIES News