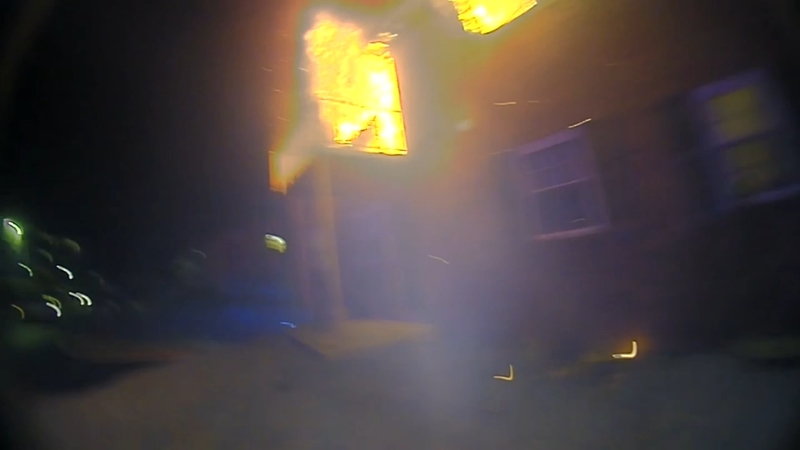 The fire tore through the Kingswood Apartments on January 29.

Police officers were first on the scene, and their bodycam video shows the smoky scene as they rushed in to help residents escape to safety.

First responders didn't think twice before running into a massive apartment fire in Upper Merion Township to save the residents inside.

"We went in and we started checking, calling out to people and hopefully they heard our voice," Sgt. David Gershanic told Action News last month.

Gershanic and seven others officers were first to respond.

Officer Nick Vuotto said, "There were occasions where we did have doors that were locked and we did have to go through the doors to clear the apartments to make sure no one was in them."

"We were kicking doors in and telling people, 'Get out, there's a fire!'" he said.