Armed robbery at Walmart in King of Prussia KING OF PRUSSIA, Pa. (WPVI) -- Upper Merion Township police are investigating a robbery of a Walmart in King of Prussia.

Police say on Monday, November 7, two men entered the store around 11:50 p.m. They left a short time later without making a purchase. They were seen in a newer model, silver Hyundai Santa Fe, bearing an unknown PA registration. 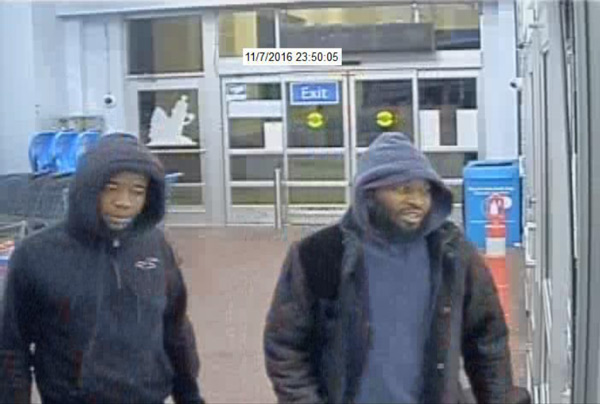 These men are considered by police to be persons of interest as they may have information about a robbery which occurred at the store four days later.

Police say on Friday, November 11, around 11:48 p.m. two men entered the same Walmart store. They were seen in a similar vehicle.

Police say one of the suspects took out a handgun and demanded money from employees at the cash registers.

The pair then fled with an undetermined amount of cash.

No one was injured during the robbery.