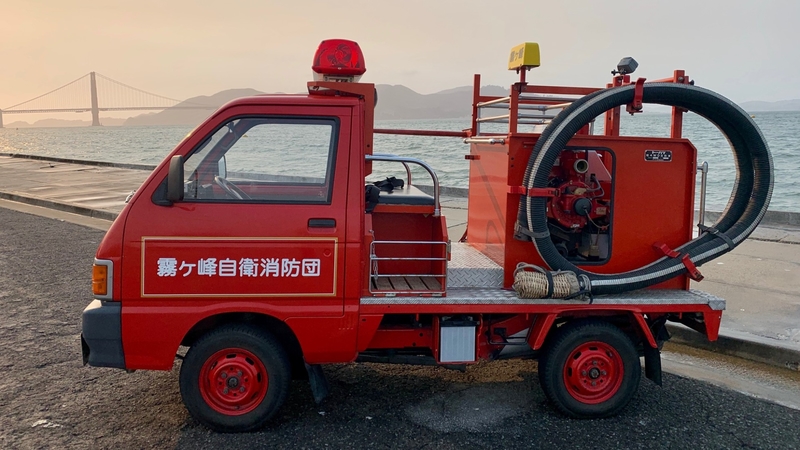 SAN FRANCISCO -- If you're walking the streets of San Francisco and suddenly hear a Godzilla alert warning, a Japanese fire truck named "Kiri" is nearby.

Armed with a music playlist to blast over the PA system (search "Fire Truck PA" on Spotify), Todd Lappin drives the tiniest fire truck you'll ever see to spread joy throughout San Francisco.

"They retired it, and it went into the Japanese auction system, just like a used car," explained Lappin. "That's where I got it, and I just kind of fell in love."

The small but mighty truck can extinguish fires if needed with its hose and pump, as long as there's a nearby water source.

"The black hose dunks into a pond or stream, there's a pump on there, you attach the pump to the big black hose, and then you're good to go," says Lappin.

The truck handles San Francisco's hills like a mountain goat; however, Lappin compares driving Kiri to walking a puppy.

"Everybody just kind of stops, and they just want to engage with you," describes Lappin. "It's great to be able to make people happy, it's great to have something that makes people see the world in a different way."

If you see Kiri stopped, you're invited to interact with the truck, ask questions, and take photos. Lappin hopes the fire truck's presence will help connect San Francisco with Japan.

"Japanese Americans, people who have immigrated from Japan, it just feels to them like a little piece of home," said Lappin. "Through social media, people from Kirigamine thought they were done with this fire truck, and it turns out it retired to San Francisco and is having this terrific party lifestyle. They think that's hilarious."