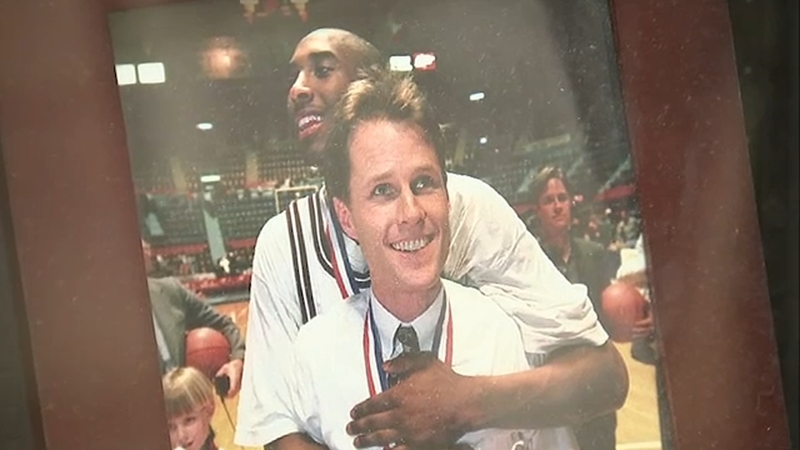 Kobe's coach ahead of HOF induction: 'This is his pinnacle moment'

PHILADELPHIA (WPVI) -- Not long into his storied career, it was pretty obvious to everyone that the NBA Hall of Fame was where Kobe Bryant was headed. What nobody could have imagined is that he wouldn't be here to see it.

"This is his pinnacle moment. This is what he wanted for a long time, and it would be very easy to look at this traumatically and from a sad perspective, but I'm very proud of him. I hope he's looking down and feeling a lot of the same pride," said Gregg Downer, Kobe's high school basketball coach at Lower Merion.

Downer will be there this weekend to watch as the most legendary Ace of all time is inducted into the Naismith Basketball Hall of Fame.

As Kobe Bryant is enshrined in the Basketball Hall of Fame, we relive the greatest moments in his incredible career.

I asked Coach Downer, "If Kobe were alive today, how much would he be relishing in what's about to happen?"

Bryant's influence is far-reaching. In fact, his legacy in Philadelphia can even be traced to the success of today's Sixers thanks to his play in the 2010 NBA Finals, where a 16-year-old kid in Cameroon discovered the beauty of this game.

"And they won that year, that was the first time I watched, and that was also when I fell in love with basketball. That's why he became my favorite player. I mean, I will say that I am probably here because of him," said Embiid.

And while this weekend he'll only be there in spirit, inside basketball's hallowed halls, Kobe Bryant will live on forever.

"He wanted to be one of the greatest ever and Saturday's gonna put a stamp on that," said Downer.