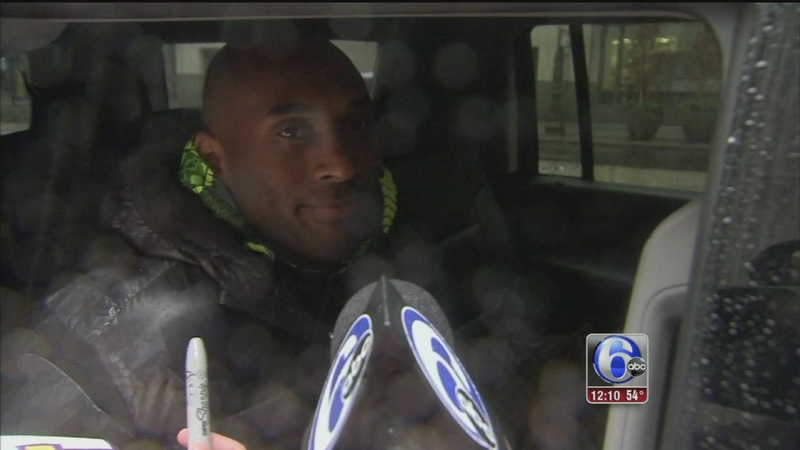 The NBA star and former Lower Merion High School alumnus announced his retirement from the Los Angeles Lakers 2 days ago.

So Tuesday night's game, when the Lakers play the 76ers, could be quite a homecoming, and quite a farewell.

Since the game is expected to be Bryant's last here, Philadelphia fans have been hoping to get a glimpse of him around Center City, where he is staying.

"The passion for the game of basketball. Always," he said.

News of his retirement had fans lined up hoping for autographs outside of the team's center city hotel.

They had posters, pictures and magazines ready.

Tyler Tennenbaum of Holland, Pa. wanted to get a trading card signed.

"I have no other opportunity to see him," he said. "I would remember it forever."

"Kobe is like a lifelong role model for me," said Yuhang Zhou of Center City. "I was watching him play basketball when I was a kid."

Bryant announced he will retire at the end of this season after 20 years in the NBA.

Drafted right out of Lower Merion High School, Bryant is a local favorite.

Monday night, the 37-year-old paid a visit to his favorite cheesesteak spot, Larry's Steaks in Wynnefield.

When asked if Tuesday night's game against the 76ers will be sentimental, Bryant responded, "Absolutely."

"It feels good to be back," he added. 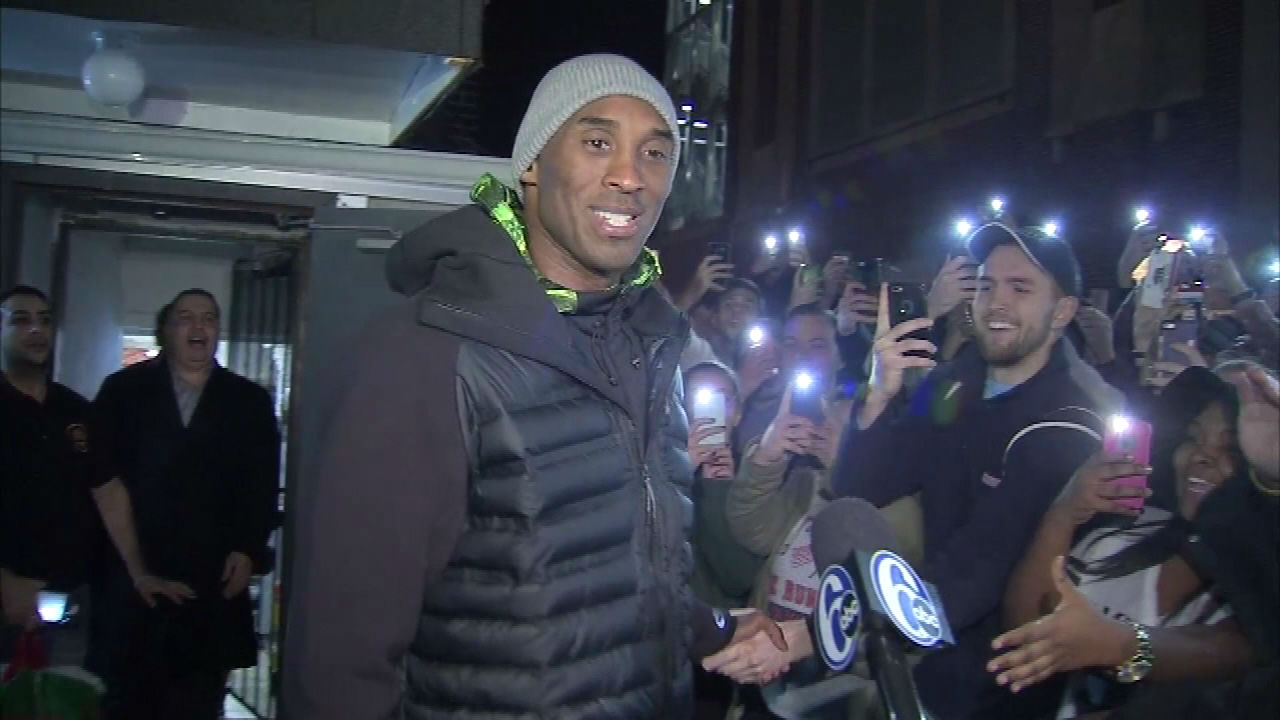 And at his alma mater, Lower Merion High, Bryant's former coach reflected on the star's career highlights, and his obvious talent at a young age.

"I was the one comparing him to Jordan, I was the one who thought he would have a lot of greatness," said Coach Gregg Downer. "Hall of Famer, amazing resume, five rings, 81-point performances.... I saw it coming, and I couldn't be prouder."

In 1996, the Sixers had the first pick and chose Allen Iverson. Bryant went 13th to Charlotte, which traded him to Los Angeles. Bryant's dad played four seasons with the Sixers. 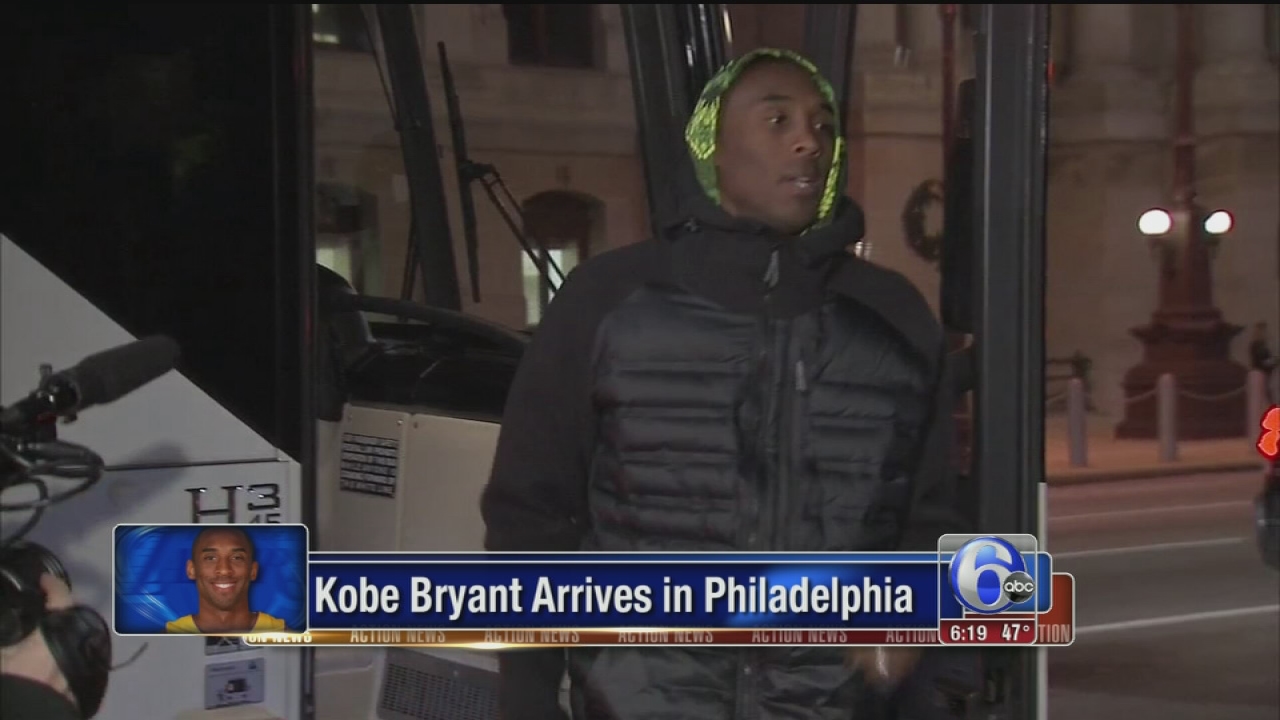 VIDEO: Kobe Bryant arrives in Philadelpia
Kobe Bryant's farewell tour begins in the city that loves and hates him.

Bryant often returned to Lower Merion High School when the Lakers came to Philly. He's given pep talks to the basketball team, worked out at the practice gym and also donated about $500,000 to the school. His former high school coach, Gregg Downer, said Bryant still wears his Aces shorts under his Lakers shorts.