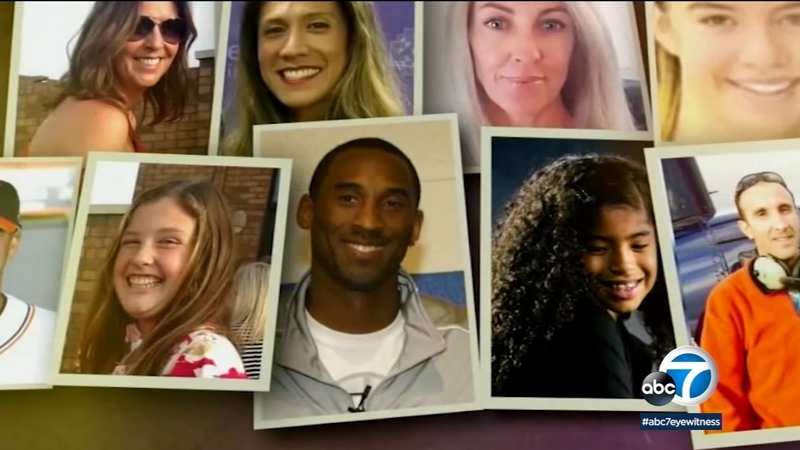 LOS ANGELES -- The names of four Los Angeles County sheriff's deputies accused of sharing photos of the helicopter crash site where Kobe Bryant, his daughter Gianna and seven others died will be released to Vanessa Bryant, a judge ruled Monday.

The ruling means Bryant and her lawyers can add those names to her civil rights lawsuit against L.A. County and the sheriff's department.

Lawyers for the county argued that releasing the names could expose the deputies to retaliation.

"Although the Court recognizes that this case has been the subject of public scrutiny and media attention and that the Deputy Defendants are legitimately concerned that they will encounter vitriol and social media attacks, such concerns, by themselves, are not sufficient to outweigh the public's strong interest in access," U.S. District Court Judge John F. Walter wrote in the ruling.

The judge also wrote that concern about deputies being the target of a hack and having photos of the crash site leaked "is totally inconsistent with their position that such photographs no longer exist."

Sheriff Alex Villanueva previously said the photos had been deleted by the deputies.

Vanessa Bryant had criticized the sheriff's department for trying to redact the names of the accused deputies. She called for the names to be released last month.

Kobe Bryant, his 13-year-old daughter Gianna Bryant, and seven others died Jan. 26, 2020, when the Sikorsky S-76B they were in crashed onto a hillside in Calabasas.

The National Transportation Safety Board investigation into the crash found that the pilot, Ara Zobayan, became disoriented while flying in thick fog. Zobayan also did not follow training and violated visual flight rules, the investigation found.

The crash led to widespread public mourning for the retired basketball star and several lawsuits, and prompted state and federal legislation.