Philadelphia celebrates the culture and contributions of Korean Americans 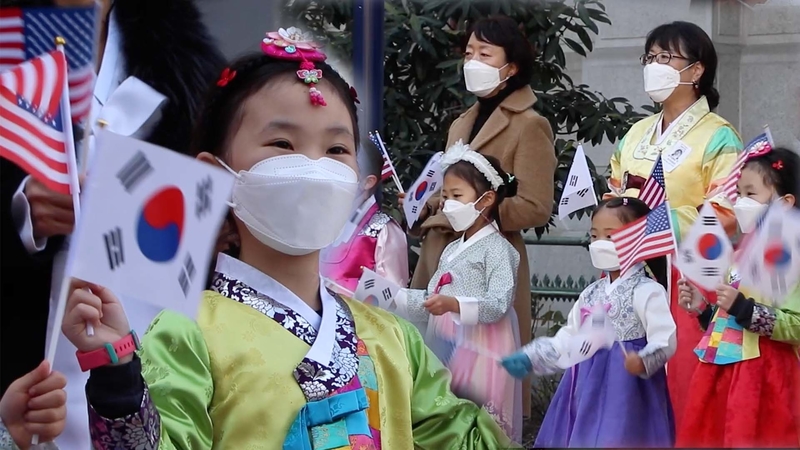 PHILADELPHIA, Pennsylvania (WPVI) -- "We, as a nation, consist of many different peoples from many different parts of the world," said Philadelphia Councilmember At-Large David Oh.

Councilmember Oh led dozens who gathered at City Hall in celebration of Korean American Day. It was the 9th annual celebration of its kind in Philadelphia.

"January 13 is when Korean Americans are first recorded arriving in Hawaii," said Councilmember Oh, recalling the historic 1903 event. "So, we celebrate this as part of a national celebration."

Students set the tone by starting the ceremony with a pair of important songs.

"Today I sang the Korean National Anthem and the American National Anthem," said 10-year-old Ashley Park, who attends Wonkwang Korean School. "I think it's good to celebrate it because it's, like, our culture and culture is important."

The inspiring performances were coupled with the raising of the South Korean flag. It was the first flag-raising ceremony at City Hall of the new year. This was followed by a series of impassioned speeches from local leaders highlighting the contributions of Korean Americans in the city and the country.
The keynote speaker was Nydia Han, 6abc's Consumer Investigative Reporter, Troubleshooter, and Sunday morning co-anchor.

"Let's not let anyone tell us who we are or how we should behave," Han said during her speech. "And finally, remember to be American, you have to know what it means to be Korean."

Han took time to highlight the recent reporting done at a local and nationwide level to bring attention to racial injustices, especially those perpetrated against Asian Americans.

"You know, in a city of our size, you have two individual members on city council who are Korean American," she said. "Council Member David Oh and myself are second generation."

Councilmember Gym said she hopes to recognize and uplift the elements of American society that had welcomed their families as immigrants many decades ago.

"I hope that folks will learn how much we have in common," he said. "And it is important for us to know about each other so that we can truly be one nation."

You may recognize his smile if you've walked through Center City, Philadelphia, in the last three decades.