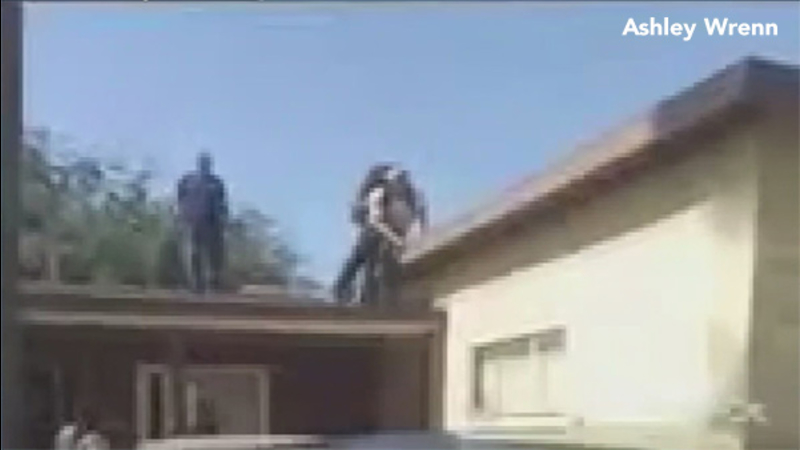 LA PUENTE, Calif. (WPVI) -- An elderly grandfather threw a man off his roof, ending an hours-long standoff in which the agitated suspect jumped from home to home in a California neighborhood on Tuesday.

The suspect was on top of homes in La Puente for hours, refusing commands from deputies and crisis negotiators asking him to come down.

Capt. Tim Murakami said the standoff ended when 83-year-old homeowner Wilford Burgess "got tired of his games and pushed him off."

Burgess told KABC-TV he was determined to get the man off of his home.

"You come to my house, you don't have to worry about him because I'll be all over it 'cause I'm going to load up," he said.

Burgess said he took his neighbor's ladder and told deputies he was climbing onto the roof.

Meanwhile his granddaughter, Ashley Wrenn, was recording the whole thing on video. She said she was thankful her grandfather was protecting his family.

After the big push, the suspect was taken into custody and was admitted to a hospital for a mental evaluation, sheriff's officials said.

As for Burgess, he said staying in shape is important to him in his 80s.

"I tell everybody, 'Just because you're old, that don't mean you got to sit down. As long as you're able to move, move,'" he said.

He added that his favorite workout is lifting the donations that people give to his church.