Philadelphia woman accused of scamming landlords out of thousands 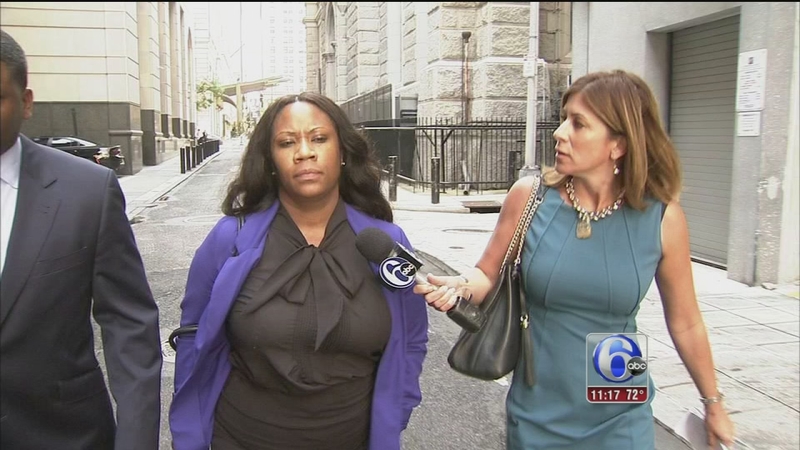 PHILADELPHIA (WPVI) -- A Philadelphia woman who has been accused of scamming half a dozen landlords out of tens of thousands of dollars faced a judge Tuesday.

Latasha Nicole Waites is accused of stealing from seven landlords and wrecking some of their homes. But in an effort to avoid eviction, Action News is told she even claimed her own daughter died, and allegedly stole the identities of her sister, her mother, and her minor child.

Philadelphia resident Lynn Johnson owns a property Waites rented in November. She took Investigative Reporter Wendy Saltzman with her on her first visit back to the property in eight months.

"I'm horrified. I can't even explain how upset I am," Johnson said, "She has ruined my house."

The property, where she raised her kids, was supposed to be an investment, but Johnson says it turned into a nightmare when Waites moved in.

Waites signed the lease to rent Johnson's home using documents we have now confirmed are fake, including a hospital ID and pay stubs bearing her 16-year-old daughter's name.

All County Management Company rented the property to Johnson.

"She definitely wins mother of the year award for using her daughter's identity," Michael Thompson, the owner of All County Management said.

After four months of living in the home, Thompson says all he received was a security deposit, a bounced check, and a lot of excuses.

"She knows what she's doing, she's a professional at this," Thompson continued.

Lynn Johnson started the eviction process, but the case was delayed. Court records show the renter claimed to be "hospitalized" with a "life threatening disease."

After the case was continued a second time, Johnson says she got suspicious and started scouring court records, connecting Waites to other similar cases.

Matthew Waychoff was another landlord who filed a suit against Waites.

Waychoff accuses Waites of damaging his home, after living there rent free for six months.

"She was an experienced con-artist," he said.

Records show Waites claimed she couldn't come to court in his case, because she "fell down" and "couldn't walk."

"They allowed her to get away with it, and now I am learning that she has moved on to doing it to somebody else," Waychoff continued.

Attorney Nancy Wasser says that someone else was her client.

Wasser says Waites was using another alias, Diaja Waites, in her case.

"She seems to use all these names interchangeably," Wasser continued.

"The pattern of excuses, of death, of hospitalization and all that. The same person died three times I think," Wasser said.

Action News has uncovered at least seven court cases tied to Waites and her various aliases.

"It appears the individual that was arrested committed fraud in a number of different ways. In terms of renting this property in her daughter's name, using fraudulent identification," Philadelphia Police Lt. John Stanford told us.

Philadelphia police arrested Waites in July on forgery, theft, and conspiracy charges. A decade of alleged deception seemed to be catching up with her, and so did Action News Investigative Reporter Wendy Saltzman, outside a court hearing.

"You have said that your daughter died in several of these cases. Do you feel bad about saying your daughter has died? Is that going too far?" Saltzman asked. Waites did not reply.

Wasser, Waychoff, Johnson and four additional landlords had all been awarded judgments in cases allegedly associated with Waites. When Saltzman asked if she had any plans to pay any of these landlords back, Waites didn't respond.

"She's a criminal and she should be treated as such," Johnson said.

Waites criminal case has been continued until the end of September. There is no word if other landlords will be able to join in that criminal suit, and if they might get compensation. Waites did have a job, working at a local hospital.