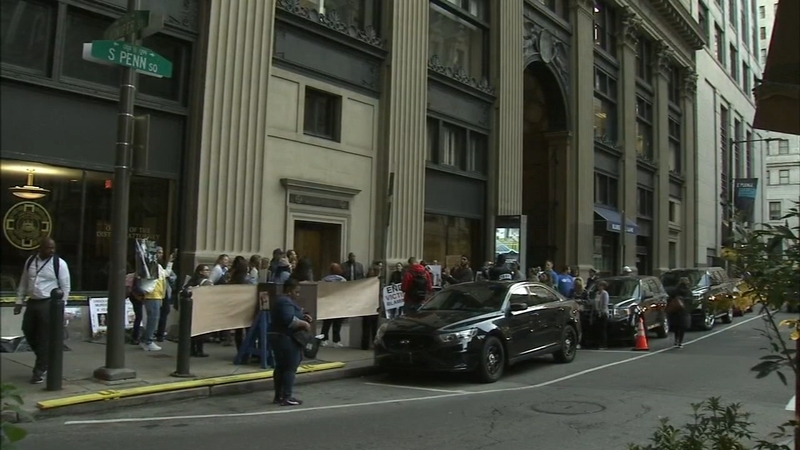 "The purpose of today is to bring attention to homicide victims and their families that are not getting the attention they should in this city, and the reduction of charges," said Linda Schellenger, the mother of stabbing victim Sean Schellenger.

With empty body bags lining the sidewalk and holding signs, about two dozen demonstrators protested outside the district attorney's office.

Many of them have lost loved ones and feel accused killers have gotten a reduction of charges and, or plea deals for lenient sentences.

In White's case, the murder charge was dropped, but two more charges were added- evidence tampering and obstruction of justice.

"Reduction of charges over and over and over again, specifically in murder cases," said Linda. "For me and for every mother I sit in these support groups with, it is horrifying. You are being victimized a second time," Linda says.