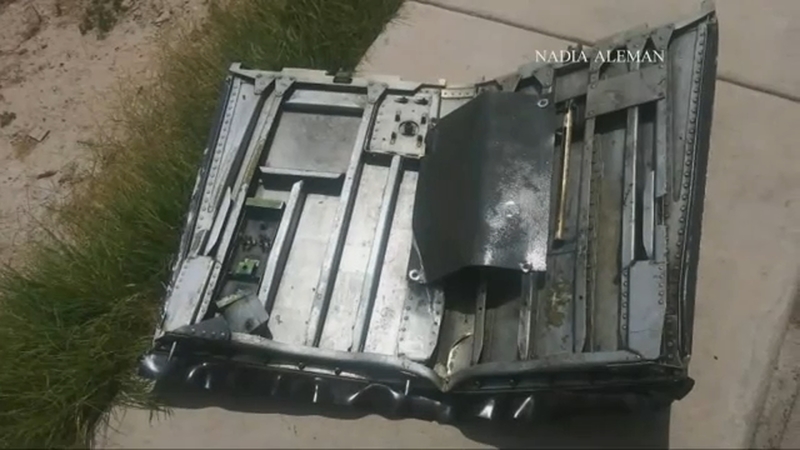 LAS VEGAS -- It was a shocking sight, even for Las Vegas, when part of an airplane door fell from the sky.

The incident happened near Nellis Air Force Base.

So far, there is no word on what type of plane the debris fell from, but officials say it does not appear to be from a civilian plane.

The FAA is now investigating.

"It was around 2 o'clock we heard a loud BOOM!" Mark Segundo told KTNV-TV.

But it was not the type of boom Anthony Pitts says he's used to hearing in his neighborhood near Craig and Nellis.

"And then I heard a smack. And it smacked over here. And when it hit it was loud. And the first thing I did was run in the house. I ain't gonna lie. I was scared I thought it was a shooting; that's how loud it was," Pitts said.

Police say the parts may have come from a contracted plane that flies out of Nellis Air Force Base. An FAA inspector was sent to check it out as police cordoned off the area from startled neighbors, many of them children and teenagers.

"I thought the world was ending or something. And then I came outside and saw my neighbors all staring at something," Alex Lopez said.