Despite best season in 36 years, La Salle baseball hopes to be saved 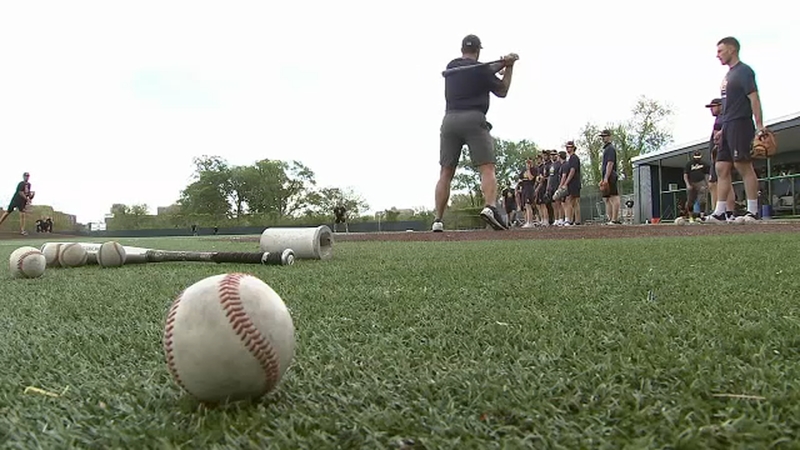 Despite best season in 36 years, La Salle baseball hopes to be saved

PHILADELPHIA (WPVI) -- La Salle University is having its best baseball season since 1985, which is the last time the team made the NCAA tournament. But there's a dark cloud hanging over the program.

In September, the university announced baseball would be among seven sports cut at the end of the school year.

At the time, the school cited it was not feasible to financially support more teams than any other school in the Atlantic 10.

Rising costs and the pandemic contributed to this difficult decision made by the La Salle University's Board of Trustees.

"It breaks my heart because I think they deserve better," La Salle University baseball coach David Miller tells 6abc sportscaster Jeff Skversky. "We play angry, we play confident, we play motivated knowing that there's no tomorrow for this team."

La Salle University is reducing the number of intercollegiate athletics teams from 25 to 18 at the conclusion of this academic year, officials announced Tuesday.

Sporting a 'Save La Salle Baseball' sweatshirt, Explorers senior pitcher Colin Kennedy says, "A lot of guys are going, 'Where am I going to go now?' It's sad, it's very sad. I don't think it's right that we were kind of blindsided."

Former LaSalle pitcher and graduate James Santore is now trying to save the program. Santore is spearheading an effort to raise money and attract sponsors.

He claims an estimated $2 million could get the ball rolling and open the conversation further. The university could not confirm a figure to 6abc.

"These guys deserve that chance," Santore says of the current team. "They are busting it out here, working harder than anyone else with this uncertain future, and they deserve to be helped by someone who has the means to do it."

Santore has also taken his message to social media using the hashtag #SaveLaSalleBASE to get his message across.

Miller and his players are grateful for Santore's efforts, which include a personal donation of $25,000 he has pledged to help save the program that he is so fond of.

"I'm indebted to him for what he's done, these kids deserve a fighting chance," Miller adds.

Santore and other alumni made a presentation to the La Salle University athletic board last month. They have raised close to a half-million dollars, and have sponsorship opportunities and strategies to save the program, but that did not change the school's stance.

In a statement obtained by 6ABC, La Salle University writes:

"The University's action in September was anchored in our ability to provide a high-quality Division I student-athlete experience. Since then, leaders from the University, the Board of Trustees, and the Department of Intercollegiate Athletics and Recreation have met regularly with student-athletes, coaches, families, and alumni of the baseball program. In these meetings, University leadership has shared an openness to and a roadmap for potential program reinstatement dependent upon presentation of new and compelling information. Representatives of the baseball program presented a case on April 15 to a committee of the University's Board of Trustees. Based on the case presented, a request to reinstate the program will not move forward to the full Board and the University considers this matter closed."

Despite the stance by the university, players and former players are still holding out hope.

"Heck no!" Santore tells Skversky when asked if he will give up. "If it doesn't happen this year, I swear, I told the AD this, 'I will die trying in the best way.'"

"Until you take that jersey off my back, I'm gonna fight for this team, I'm going to ride or die with these kids," said Miller.

The team is hoping someone will step up to the plate and save them, just like the men's swimming and diving program, which was reinstated this week after La Salle alumni raised independent funds.