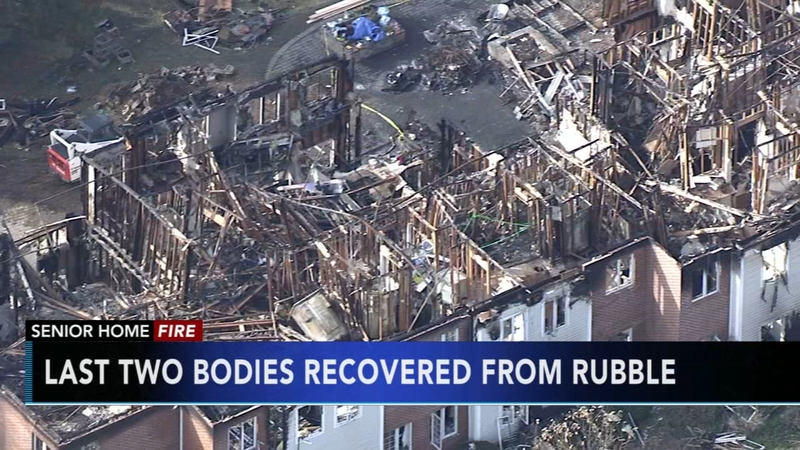 Investigators located the remains of the first two victims on Tuesday while excavating the south wing.

The search continued Wednesday in the south wing, where investigators believe the fire started. Officials said these efforts resulted in the recovery of the two additional victims.

"We hope with the recovery of the four victims these families can now start to heal and that we can provide some closure for them," said ATF Philadelphia Field Division Special Agent in Charge Donald Robinson.

The victims were transported from the scene by the Chester County Coroner and the families of the four missing residents were notified.

Investigators said their focus will now be on trying to determine the origin and cause of this fire.

Officials said the investigation into the fire is ongoing.