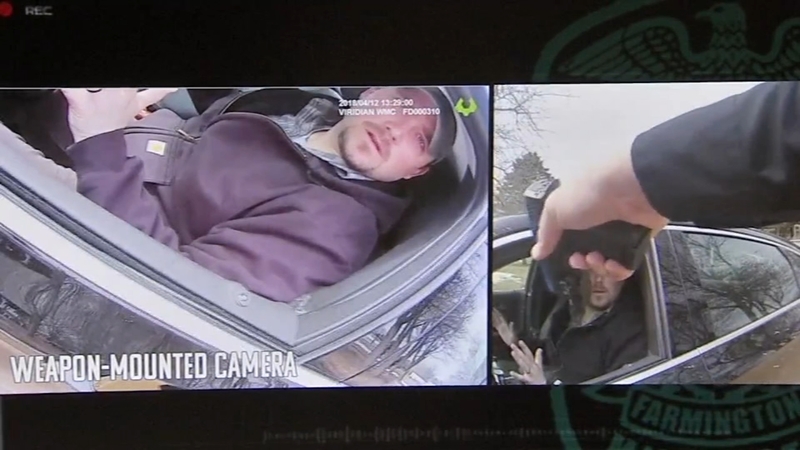 CATASAQUA, Pa. (WPVI) -- A police department in Lehigh County has become the first in Pennsylvania to equip its officers with new weapon-mounted cameras.

Officials say it's a move that could help in officer-involved shooting cases.

Chief Douglas Kish says he decided to equip his officers with cameras on their guns before investing in body-cams for a few reasons.

He says the gun-cams are more cost-effective and they give you an unobstructed view of the target any time an officer pulls out his or her weapon.

Also, the gun-camera cannot be independently turned on and off. The tiny HD digital camera automatically starts recording as soon as the weapon is deployed, and doesn't stop recording until the gun is put back into the holster.

It even includes a tactical light that also turns on and off automatically.

"The light on there is better than the light we had mounted. It's mounted on the same rails as the light was mounted and it doesn't change the weight of the weapon at all," said Kish.

Police officials in Catasaqua say any video collected from those cameras will certainly be valuable to help them critique and better train their officers, but it will also help them add another layer of transparency in the event a local officer ends up using deadly force.

"There nothing that's going to take 360 degrees around you, but we're trying to get a critical incident. The critical incident is the shooting. So, we'll get a video of what the officer is seeing with his weapon is pointed," said Kish.

There are currently more than 300 departments across the country in the process of implementing weapon mounted cameras.