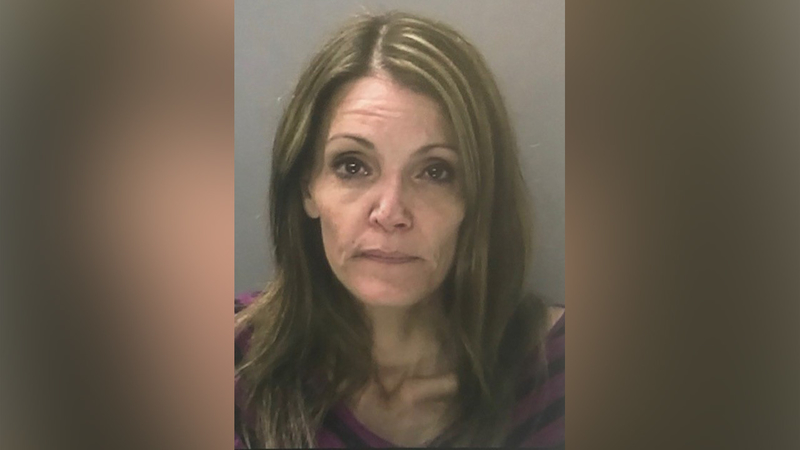 HOLBROOK, Long Island (WPVI) -- A Long Island mother of two is accused of attempting to murder her estranged husband by pouring antifreeze into his drinks.

A grand jury on Thursday indicted 40-year-old Renee Burke, of Holbrook, on charges of attempted murder, attempted assault, burglary and endangering the welfare of a child.

Prosecutors allege that on several dates between September 1, 2018, and September 12, 2018, Burke attempted to poison her husband.

The couple was no longer living together, and Matthew Burke had full custody of their two children, ages 8 and 4. Renee Burke had temporary visitation rights.

The first alleged incident occurred on September 6, when Matthew Burke came home from work and took a sip of wine. He spit out the wine because it had a chemical taste then discarded the bottle, thinking the wine had gone bad.

The next day, prosecutors say the couple's 4-year-old son told his babysitter that his mother "had put something in daddy's drink." Matthew Burke took his son and 8-year-old daughter to the hospital, where doctors checked all three and found no injuries.

Prosecutors said a few days later, on September 10, Matthew Burke took a drink from a soda bottle at his house and again found a chemical taste.
He called police and turned over the soda bottle, and authorities advised him that he should place video surveillance cameras inside his home, which were installed the next day.

On September 12, Matthew Burke, according to prosecutors, viewed on the cameras Renee Burke in his kitchen holding two baby bottles filled with a pink liquid.

He allegedly watched as she -- in the presence of their daughter -- poured the contents of the baby bottles into a wine bottle. Prosecutors said she had left her son in the car outside.

She then allegedly wiped down the wine bottle and counter tops in an apparent effort to erase her fingerprints, prosecutors said. Burke immediately showed the video to police.

On the night of September 12, when the couple had a routine appointment to exchange their children at the local police precinct, officers showed Renee Burke the video. Prosecutors said she told police she was in her husband's house to retrieve an iPad and that she had poured fruit juice into the wine bottle.
She was arrested on burglary charges, posted bail and was released.

Investigators later searched Renee Burke's home in Holbrook and found a bottle of Prestone antifreeze. Searches of her phone showed internet searches on antifreeze and rat poison, one of which prosecutors said was entitled, "What liquids for cars can kill a human?"

"This is an extremely troubling case," District Attorney Tim Sini said. ""It's not only disturbing that the defendant attempted to murder her estranged husband, but that she did so in the presence of children."

Renee Burke pleaded not-guilty to all the charges during her arraignment in court Thursday afternoon in Riverhead. She's being held on $400,000 bond.

If convicted, she faces five to 25 years in prison.