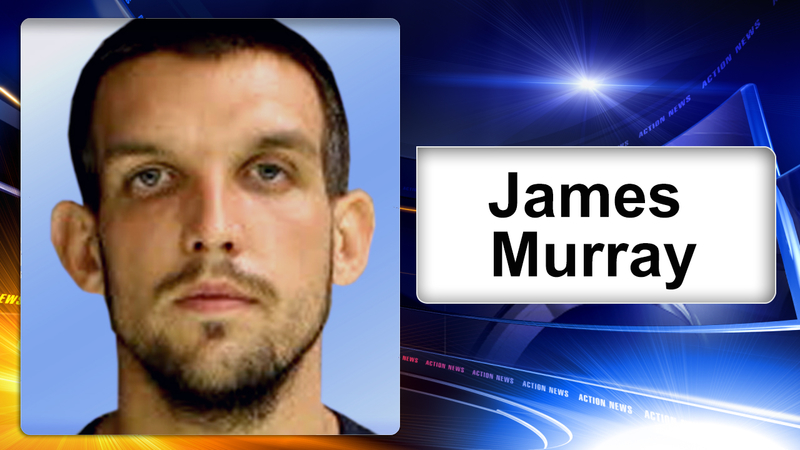 LIMERICK, Pa. (WPVI) -- Police say a man has been arrested, accused of a crime spree in Chester and Montgomery counties.

James Murray, who police say had a drug habit to feed, is suspected of pulling off 15 burglaries.

It was a Thursday afternoon in late August, Joanne Hodge's came home and saw her back door damaged and open.

She immediately called police, who responded to the Country Club Road home, and discovered $1,400 worth of jewelry stolen from her bedroom.

"About six or eight pairs of earrings I had from my family, my brothers, and a Movado watch my husband gave me," said Hodge, victim.

Limerick and State Police say Murray burglarized 15 homes in Montgomery and Chester counties since July, and attempted to burglarize several others, including Rolando Ranaglia's home.

"He came up and he kicked it, and I think that light kicked on, and he kicked the door like this, and when he did that he busted it like that," said Ranaglia of Limerick.

Renaglia thinks his motion-sensor light likely scared off Murray. Investigators developed Murray as a suspect after he allegedly broke into a home and stole $75,000 in jewelry. He's accused of going to a pawn shop in Pottsgrove and selling a $1,500 Omega watch for $50.

Police then began watching Murray, and in late August, he allegedly walked out of his parents Limerick home, hopped a backyard fence, and burglarized his neighbor, stealing electronics, jewelry and even a kids piggy bank.

Police chased him down and arrested him.

"We are hoping, at some point, Mr. Murray will come to his senses, and maybe cooperate and help these people get back some precious things they lost," said Limerick Police Detective Ernie Morris.