The body of a missing former reality show contestant has been found in the backyard of her student's Lennox home, LAPD confirmed on Tuesday, and the student was arrested on suspicion of murder.

LENNOX, Calif. -- The body of a missing former reality show contestant has been found in the backyard of her student's home, LAPD confirmed on Tuesday, and the student was arrested on suspicion of murder.

Naegle's husband said he received a text message from her around 2:45 a.m., telling him she would be getting food and then coming home. But the registered nurse never returned home and did not show up to teach her nursing classes Sunday morning at West Los Angeles College in Culver City.

Tuesday night, LAPD said that after the nursing student, 34-year-old Jackie Jerome Rogers, told investigators to look in his backyard, they found the woman's body in a shallow grave.

A special operations team was called to Rogers' home to find the remains. Coroner's officials were also called to the scene.

Rogers was detained and booked on suspicion of murder and held on $2 million bail, LAPD Detective Meghan Aguilar said.

"He shared some information that led investigators to believe that he was suspect, and tonight they felt they had enough to book him on murder," said Aguilar.

Ever since Naegle vanished, her family members have been doing their own detective work, tracking down surveillance footage that they said shed some light into her disappearance.

Before the announcement of his arrest, Rogers was only called a person of interest. His home was seen surrounded by crime tape and law enforcement officials. Rogers' vehicle was impounded and searched, and investigators found evidence inside that vehicle that links Rogers to Naegle and possibly her murder.

Naegle's sister, Danielle Naegle-Kaimona, said Rogers repeatedly told the family that he did not leave the party with Naegle.

"We begged and pleaded that he'd come to our home to kind of give us details on what time, where were things, and when he left her, but while he was talking to us and telling us his story, multiple different times he said he absolutely did not go home with her, or did not take her home," Naegle-Kaimona said.

She added that a friend of hers at the party sent her multiple photos of her sister with Rogers, and that there is also footage of the pair going to a gas station.

However, police are not revealing details on the relationship between Naegle and Rogers, only saying the two knew each other.

According to Naegle-Kaimona, Rogers also told police that he dropped Naegle off at Vermont Avenue and Torrance Boulevard, which was the last time he saw her.

Naegle was a contestant on the E! network show "Bridalplasty" in 2010. 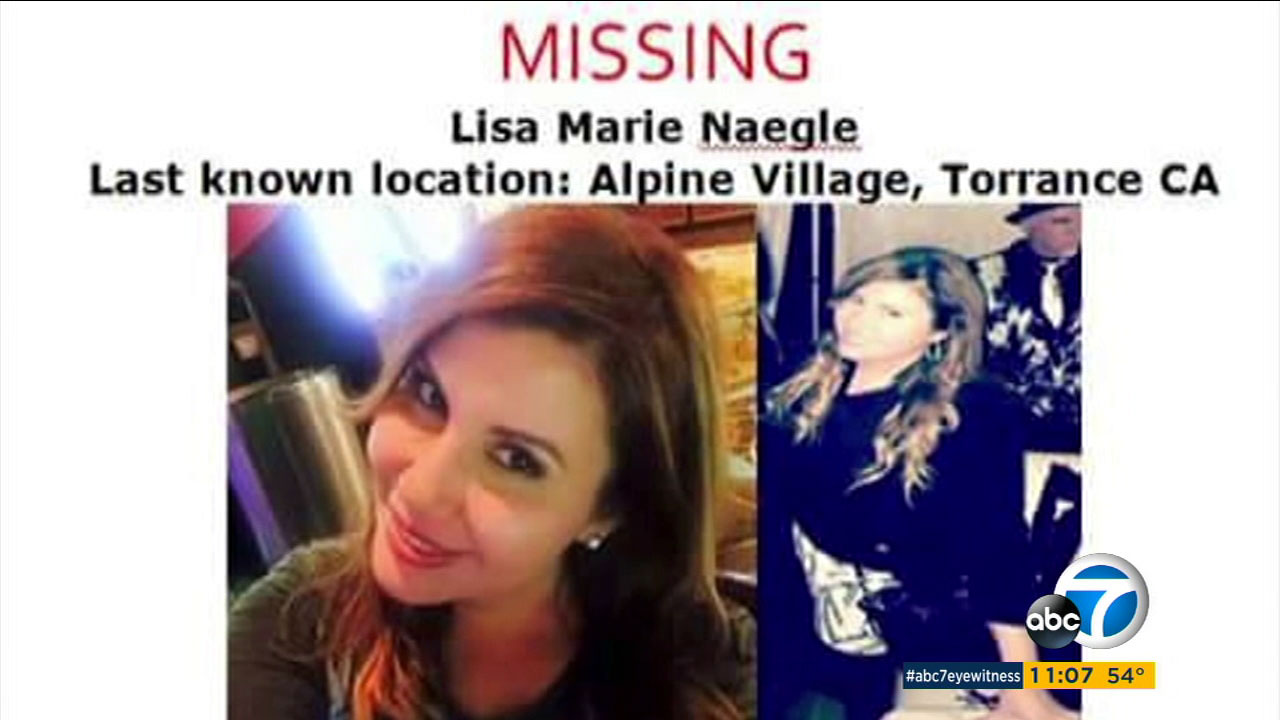