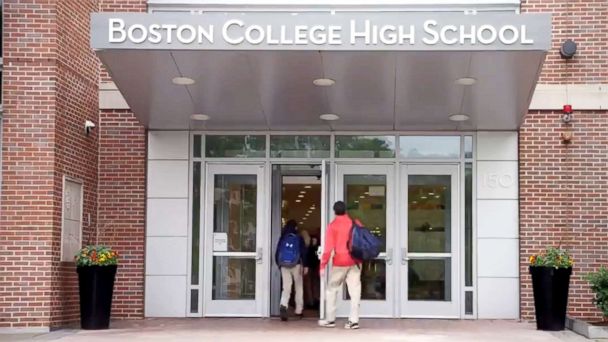 ABCNews
By MEGHAN KENEALLY
A list of 50 Jesuits who were found by their organization to have been credibly accused of abusing minors was released this week, revealing that some of the alleged abusers circled through various institutions, sometimes for years, after the alleged abuse took place.

The list, released by the Northeast Province of Jesuits on Tuesday, shows that much of the abuse was reported years after it allegedly took place, meaning that officials may not have known about the wrongdoing when they transferred priests from one institution to the next.

However, nine priests the list states, continued to be transferred from schools to parishes, retreats or other works projects after reports were made about their alleged abuse.

"We did not know any best practices to handle these violations many decades ago and regrettably made mistakes along the way," Fr. John Cecero, the head of the Northeast Province of Jesuits, said in a statement that was released along with the list.

One example is John Farrand, who was reported for allegedly abusing minors in 1961, the same year that he worked at Regis High School in New York, according to the Northeast Province of Jesuits.

The nature or exact dates of the alleged abuse was not detailed.

Regis High School confirmed yesterday that Farrand is one of four priests listed who have had credible allegations of abuse made against them pertaining to their time at the school.

In the same year that he was accused of abusing minors, Farrand was transferred to nearby Brooklyn Prep, where he stayed from 1961 until 1972. After that, he went on to teach at a school in France, a school in Puerto Rico, and then returned to New York and taught at Loyola School from 1976 until 1997.

Farrand is listed as having admitted the abuse -- though it is not known when he made this admission --- and as being deceased.

Thirty five people on the list are listed as deceased. Of the remaining 15 people, two are currently incarcerated and 12 others have been removed from the ministry.

The one Jesuit on the list who remains in ministry is Keith Pecklers, who according to the Northeast Province of Jesuits was found to have been credibly accused of something that happened before he became a Jesuit.

Mike Gabriele, the director of communications for the Jesuits, told ABC News that the alleged incident took place when Pecklers was a minor, and though he is still in active ministry at the Gregorian University in Rome, his work is restricted.

"One of those restrictions being he is not allowed access to minors, he cannot be the spiritual adviser to minors," Gabriele said.

Of the people listed, the majority of cases where a Jesuit remained in ministry after an abuse claim was filed against him happened before 2002, the same year that The Boston Globe ran a "Spotlight" investigation series about the sex abuse by Catholic priests. In the wake of those stories, the Catholic Church implemented new policies that required that priests who faced accusations be temporarily removed from ministry during the investigation, and permanently removed if the accusations were found to be credible.

Gabriele said that before those policy changes, which are commonly known as the Dallas Charter, priests were often sent for treatment for what was perceived as a possible medical problem connected to the alleged abuse. If they completed treatment, they were allowed to re-enter the service.

"A lot of it was looked upon like alcohol and drugs, where if you went through treatment successfully, treatment was successful," Gabriele said.

The Northeast Province of Jesuits includes New York, northern New Jersey, Maine, New Hampshire, Vermont, Massachusetts, Rhode Island and Connecticut. Some of the most prestigious Jesuit institutions in those areas, including Boston College, Fordham University, and College of the Holy Cross, are listed as either places where the accused allegedly abused victims, or where they served before or after the alleged abuse.

"BC High is committed to providing a safe and secure learning environment for our students, faculty, and staff. To that end, we continuously review and update our handbooks, policies, procedures, and training in order to ensure that we have proper protocols in place for the confidential reporting of any misconduct," said the school's president, Grace Cotter Regan, in a statement.

The Jesuit's list of alleged abusers comes as at least 16 jurisdictions across the country have launched investigations into clerical sex abuse following the release of a Pennsylvania grand jury report alleging a decades-long cover-up of abuse by hundreds of Catholic priests.

In addition to an ongoing Illinois investigation, officials in Arkansas, Delaware, Florida, Maryland, Michigan, Missouri, Nebraska, New Jersey, New Mexico, New York, Pennsylvania, Vermont, Virginia and the District of Columbia -- as well as the Archdiocese of Anchorage in Alaska -- told ABC News their offices were reviewing their options and considering taking similar action.

For victims' advocates, the release of the list by the Northeast Province of Jesuits was welcome, but not enough.

"Releasing these names publicly is crucial not only for the safety of children and the healing of survivors, but also to encourage victims who may be suffering in silence to come forward," Zach Hiner, the executive director of The Survivor's Network, also known as SNAP, said in a statement. "Revealing these names will help to deter future clergy sex crimes and cover-ups. Still, the fact remains that this is a long-overdue move prompted only by pressure from prosecutors, parishioners and the public."

Hiner's statement goes on to call for greater accountability.

"Were the complaints investigated? Were they reported to police? Were priests immediately removed in response? The answers to these questions will be critical to fully understanding not only the scope of the crisis, but what changes must be made in order to prevent future cover-ups and put the safety of children front and center," Hiner said in the statement.
Report a correction or typo
Related topics:
abc newsnational
Copyright © 2020 ABC News Internet Ventures.
More Videos
From CNN Newsource affiliates
TOP STORIES