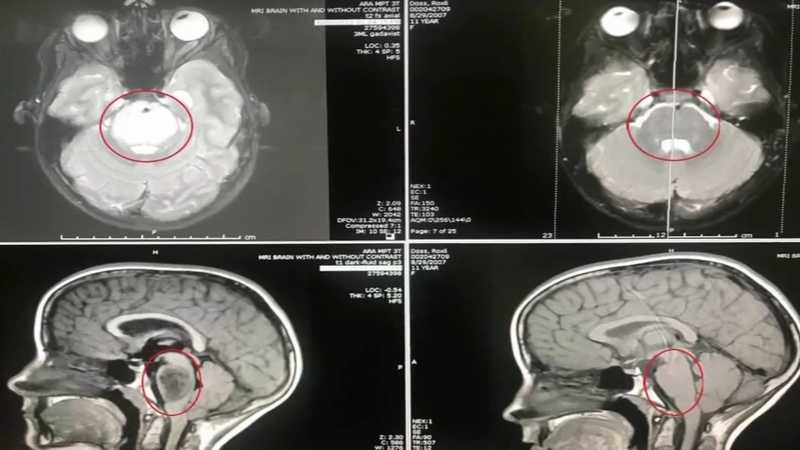 NORTH PHILADELPHIA (WPVI) -- Few diagnoses are as frightening as a brain tumor.

However, every year, new treatments are coming into view.

One being used at Temple Health use a combination of light, heat, and pinpoint navigation.

Now, they're able to reach brain tumors in a surgical procedure called LITT.

The procedure uses a laser inserted into the brain through a tiny, pencil-sized hole to heat lesions or abnormalities.

Dr. Scott says the laser is transmitted by a thin fiber.

But LITT wouldn't be possible without MRI guidance.

"You can actually shape, a lesion, or shape, what we call the ablation or heat to the actual mass and not spill much of the energy onto the surrounding brain to minimize the risk," he notes.

That means less healthy tissue is disturbed or damaged than in open surgery.


"There are certain tumors that are very deep in the brain that aren't surgically accessible, but using this, they can be treated and what we call ablated or wiped out," he says.

They can be first-time tumors, or metastatic ones from cancer elsewhere in the body.

"It's another way of treating them when people have reached the limit of other treatments like radiation or surgery," he says.

And patients love it.

"They have a tiny incision, they have no pain, they tend to leave the hospital in one or two days," says Dr. Shepard.

There's also no shaving of the scalp. LITT does have its limits - it's best for smaller, more rounded tumors.