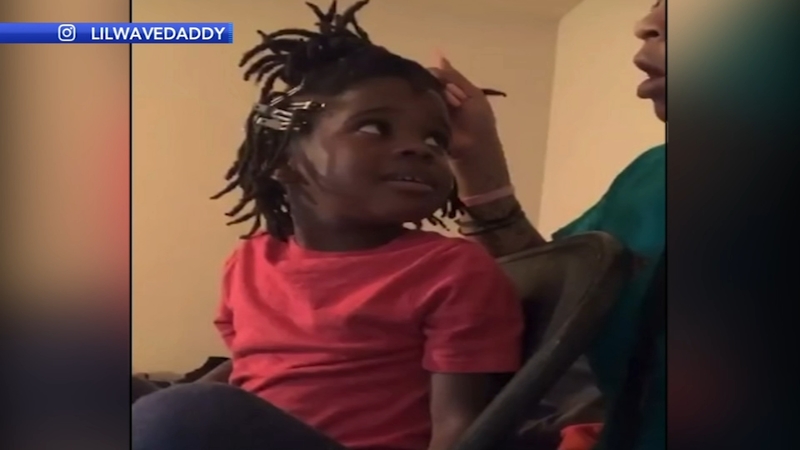 A viral video is proving social media can sometimes bring out the best of humanity.

It started with a video and painful words uttered by a 4-year-old girl that broke millions of hearts and unleashed an outpouring of love.

Ariyonna was getting her hair locs retwisted by her stepdad's best friend Shabria, when she appears to catch sight of herself on camera and says, "I'm so ugly."

Shabria, who's a rap artist and was streaming the conversation on Instagram Live appears stunned and gasps.

She goes on to hold Ariyonna's face and tells her she has the prettiest little dimples.

Then Ariyonna dissolves into tears.

Hours after the video was shared on Twitter, it had millions of views prompting a flood of uplifting messages.

In response to the video, Matthew A. Cherry, Academy Award Winner for the short film, "Hair Love," created the hashtag #ArtworkforAriyonna asking the black artist community to rally around Ariyonna with drawings of her.

Celebrities including former First Lady Michelle Obama also cheered her on saying, "I want to tell you and every other beautiful, intelligent, brave black girl, just how precious you are."