Kelly and Ryan share their back-to-school memories and tips 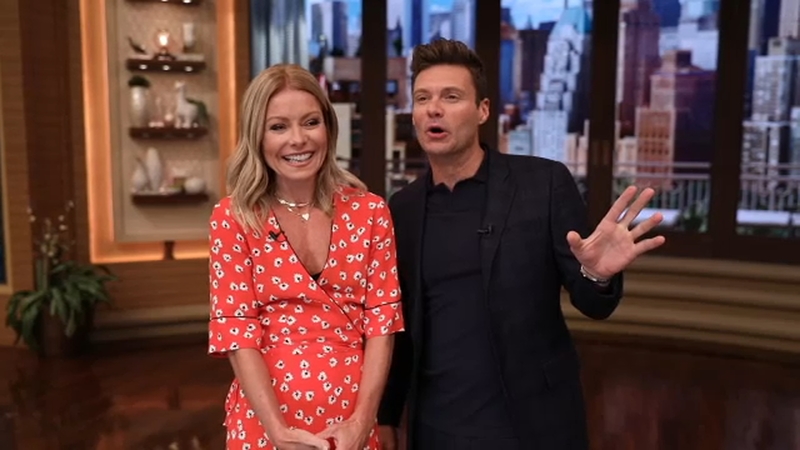 Kelly and Ryan share their back-to-school memories and tips

NEW YORK -- "Live with Kelly and Ryan" is back for its 32nd season and many kids and their families are heading back to school.

"I was in the owls, and we got to wear little owls on our clothes," Kelly said.

"Was it a club?" host Ryan Seacrest asked.

"You were either an owl, which was the later class from like noon to 3, or if you were from like 9 to noon you were like a bird, like the early bird, and we were like the night owls, and I just felt like it was way cooler to be an owl," Kelly said.

Ryan, however, said that as a kid, he never wanted summer to end.

"I was bummed! I never wanted summer to end, I didn't like the clothes I had to wear, except for the one year that Bugle Boy pants were popular," Ryan said. "Those and parachute pants were the only two years that it was fun to go back to school."

One thing's for sure, both feel it's a time of year that kids and their parents need to ease into.

"Do your best to, even if it's just incremental changes, take one thing a little bit earlier, you can go cold turkey, like with the cell phone or the computer time, I would say phase them down to normal hours so they start going to bed at a more normal time," Kelly said.

As far as tips, Ryan said that parents should keep an eye on tech-savvy kids.

"It's not only cellphones, kids are getting burner phones too," Ryan said. "So the teachers take their phones and then the kids have burner phones that they put their answers in."

Meantime, in keeping with back to school, it's "School of Life" week on Live with Kelly and Ryan.

This time the focus is on helping grownups navigate their adult life like learning some easy car repair techniques or Plumbing 101.

"Plumbers are very expensive, and a lot of the stuff you call a plumber for you could do all by yourself," Kelly said.

"We learned about how when the water level rises, you can solve that problem without panic," Ryan said.

The fun doesn't stop there. The following week it's "Record Breaker Week!" "Live" will attempt to break the Guinness World Records for "Most ballet dancers en pointe simultaneously" and the Cake Boss Buddy Valastro will go head-to-head with Kelly and Ryan in a cupcake icing competition. But, you won't want to miss the Property Brothers Drew and Jonathan Scott taking on an unusual challenge.

"The Property Brothers are going to try to put on as many pairs of underwear as they can over themselves," Ryan said. "Which is pretty much why I'm showing up!" Kelly said.

Some of the biggest guests coming up include Jennifer Lopez, Sylvester Stallone, Orlando Bloom, and Ashton Kutcher among others.