Local congressmembers say the US Capitol Police must be expanded 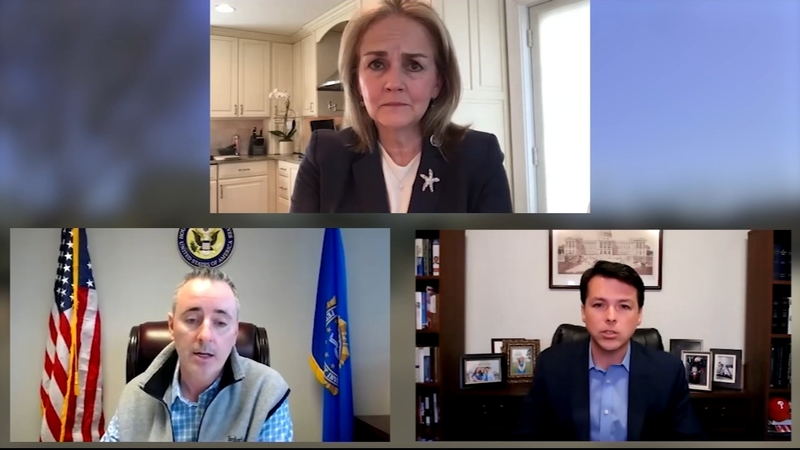 Local congressmembers say the Capitol Police must be expanded

PHILADELPHIA (WPVI) -- Three members of congress from the Delaware Valley spoke with Action News about the deadly attack at the U.S. Capitol Friday.

They all wanted to express their support for the Capitol Police.

"Once again, we have to offer our condolences for a brave public servant Capitol Police Officer Billy Evans," said Dean.

Boyle added, "For another officer to lose his life, it's sickening."

But with the second attack at the Capitol in under three months, they realize there's an issue.

One solution that they all agreed with was expanding the U.S. Capitol Police Department.

"Hundreds of more men and women need to be hired by Capitol Police," said Dean.

However, Dean believes temporary fencing that had recently been removed where the suspect drove in may have prevented this.

"I found it to be illogical that some of the temporary fencings came down as a political football, and it offended some people," Dean added.

On that topic, she discussed it must come back, and in the future, they need retractable fencing.

That's something Boyle likes as well.

"We don't want our nation's Capitol, the Capitol seat of our democracy, to look like a war zone. If, and I believe this technology exists, that you can have retractable fencing so that way it could be an open campus most of the time," said Boyle.

"You have to find the facts, something went wrong, terribly wrong possibly on multiple fronts, and how we fix things, so this is never repeated again," he said.

"You've got to continue the intelligence gathering, the monitoring of social media and looking at certain groups and see what those guys are talking about. That to me really drives the decision on whether those barricades come up or stay up or come down," said Tomarchio.