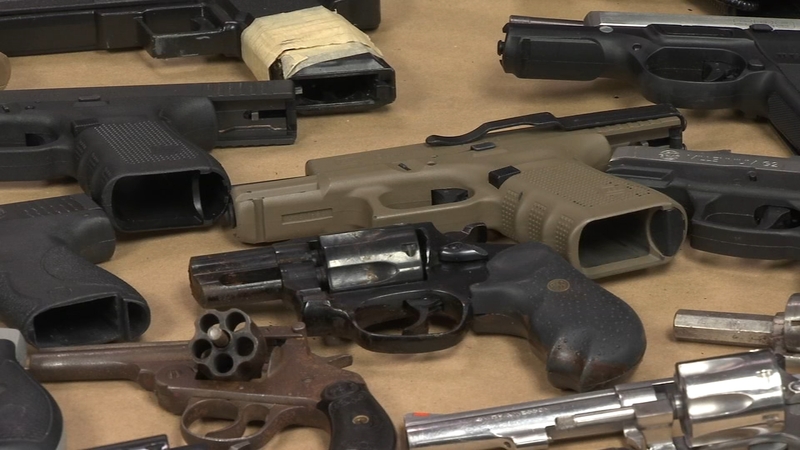 PHILADELPHIA (WPVI) -- A bill that's making its way through Congress is generating some concern from local officials, including Pennsylvania's attorney general and Philadelphia's police commissioner.

The legislation would require all states to recognize concealed carry gun permits issued by other states. The bill is set for a vote in the U.S. House of Representatives later this week.

Republicans said the bill would allow gun owners to travel freely without worrying about conflicting state laws or civil suits.

The bill also includes a provision to strengthen the FBI database of prohibited gun buyers after the Air Force failed to report the criminal history of the gunman who slaughtered more than two dozen people at a Texas church.

But there is concern about the implications of this bill if it were to pass.
"We don't know what those permit holders have gone through in order to be licensed, as well as whether they even had a background check in some cases," said Philadelphia Police Commissioner Richard Ross.

If the concealed-carry bill is approved by the House and Senate and signed into law, key state and local laws protecting against gun violence could be overridden, House Minority Leader Nancy Pelosi (D) said, "inviting concealed weapons into schools, churches, bars and public lands."

"Some states, including 12 states, don't require any license at all. Under the bill pending in Congress, if you can carry anywhere you can carry everywhere," said Shira Goodman of Ceasefire PA.

Pennsylvania Attorney General Josh Shapiro, a Democrat, blames Congress and the gun lobby for what he believes will trigger a crisis.

"Even if their home state has weaker standards or no standard at all, they would still be allowed to carry here in Pennslvania," Shapiro said.

This would be the first action by Congress on guns since mass shootings in Nevada and Texas killed more than 80 people.