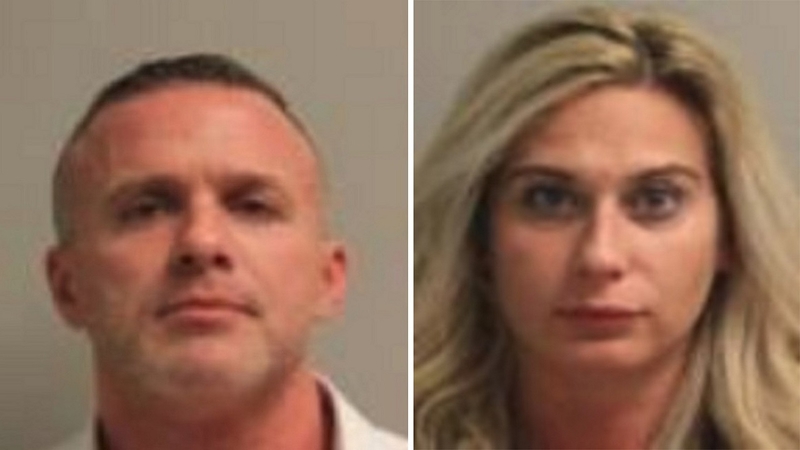 Police say 38-year-old Michael Nelson of Long Beach was pulled over near Exit 21 of the Southern State Parkway in Roosevelt and was found to be under the influence of alcohol.

While being taken into custody, police say Michael head-butted the trooper several times, in addition to striking the officer.

Michael's wife, 29-year-old Alexandra Nelson, was taken into custody as well. The couple was then taken to the East Meadow Barracks for processing.

While at the station, officials say Alexandra spit at the officers and threw her shoes and soiled underwear at them.

She was charged with attempted assault, criminal possession of a controlled substance, obstructing governmental information and disorderly conduct.

Michael was charged with driving while intoxicated, assault, criminal possession of a controlled substance, resisting arrest and harassment.