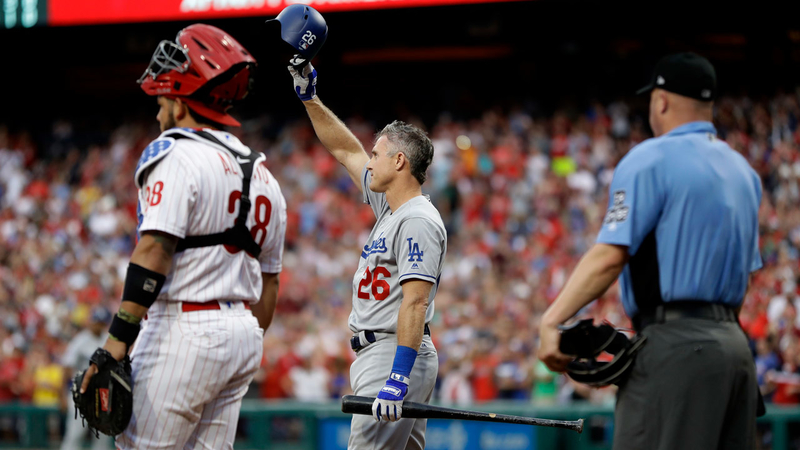 Chase Utley will now be able to sit back and relax as he and the Los Angeles Dodgers head into the NLCS.

His teammates have gifted the soon-to-be retired second baseman a rocking chair.

The 39-year-old former Philadelphia Phillies All-Star is looked at by the other Dodgers as a father figure, especially by Kike Hernandez.

Hernandez has worn a t-shirt saying "Best Dad Ever!"

The rocking chair has both the Phillies and Dodgers logos engraved in it.

In regards to the gift, Utley remarked, "The boys in blue made me my own personalized rocking chair. Thanks guys. #AmiThatOld?"

The Dodgers posted the photo, as well, with the caption, "Dad will see you now."

At this time, it's not clear if Utley will be on the roster for the series against the Milwaukee Brewers.

Utley announced in July he will retire at the end of the season after 16 years.

The Chase Utley trade is official, sending one of the most popular athletes to ever play in this town is heading west to Los Angeles.