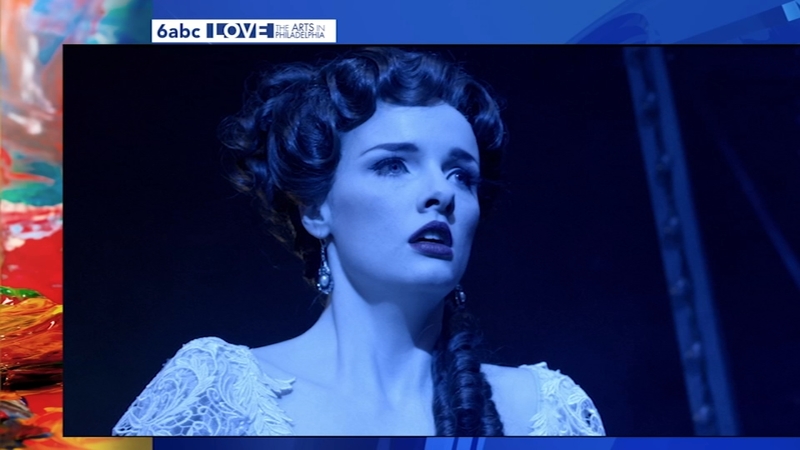 Phantom of the Opera is one of the most successful Broadway musicals of all time, and now the sequel is coming to Philadelphia.

Love Never Dies kicks off the new season for Broadway Philadelphia. It is the next chapter in the story of the Phantom and his one true love, Christine, and with an Andrew Lloyd Weber score, it is another epic production.

"This story begins 10 years after the action of Phantom of the Opera," Glenn Slater, lyricist for Love Never Dies explains.

"It really dives into the psyche of these characters and, indeed, 10 years; it's a long time. I mean, I'm not the same as I was at 17, thank goodness." says Meghan Picerno, who plays Christine.

In Love Never Dies, she and Raoul have married and have a child but their relationship has soured.

"A lot of life has happened" Picerno says. "Not everything is this fairytale you know."

"Without spoiling anything, there are plot twists and turns that are definitely not what one would imagine," Slater adds.

For the Phantom, the stage has moved from Paris to New York's Coney Island.

"Home of the freak shows," Slater says. "The one place on Earth where he can actually live a life not hidden in the shadows."

"It will put you in that feeling that you are at Coney Island in 1907," Picerno promises, "It's gigantic and beautiful."

And the score is classic Andrew Lloyd Weber.

"It is passionate. It is lush. It is exciting. It is surprising," Slater says.

Phantom is Broadway's longest running show ever. For fans of the original, "you find out what happens to all your favorite characters," Picerno says.

For those who've never seen it, Slater says, "You will still absolutely enjoy this one."

"This will be the very first time it is playing in Philadelphia," says Fran Egler, Director of Programming for Broadway Philadelphia. "It's a very limited tour so we're very lucky to be able to get it here."