Prior to renovation, Love Park covered in graffiti 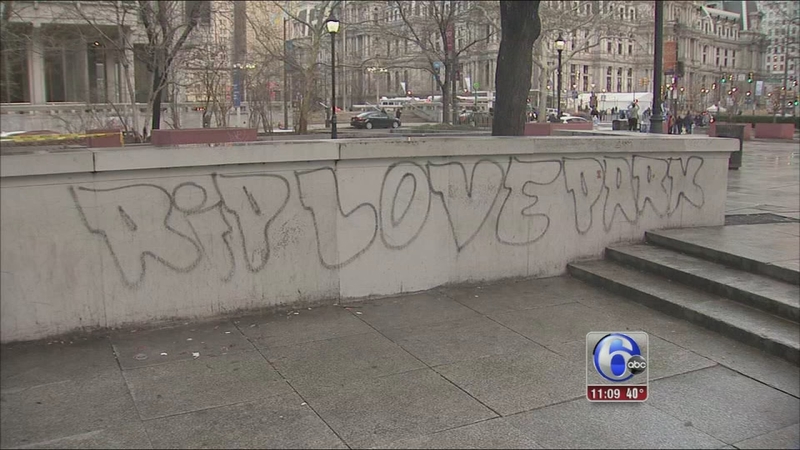 In its final days before a yearlong, multi-million dollar renovation, vandals left behind their calling cards in spray paint.

"It seems to have popped up overnight, I was here three days ago and didn't notice any of it. It's also really incoherent, it's a bunch of odd ramblings," Jeff Jagger of Fairmount said.

The images appeared after Mayor Jim Kenney lifted the park's ban on skateboarding.

We were prepared for something like this to happen when we opened it up to skaters.

"Skaters definitely did this," Donovan Michel of Frankford said.

Michel skates at the park three times a week and says skaters are upset that the new park trades concrete for more grass and forces them out.

"They're just trying to express themselves and say they don't want this pretty much," Michel said.

He says he agrees with the graffiti.

"It's Love Park, it's something that you have to grow up skating to understand how much it means to people," Michel said.

But most Action News spoke with say the graffiti is an eyesore.

The park is supposed to be closed off Wednesday. Officials say the graffiti will be removed before the renovations that will last 12 to 16 months.