Pa. congresswoman speaks about impeachment trial: 'This president must be held to account' 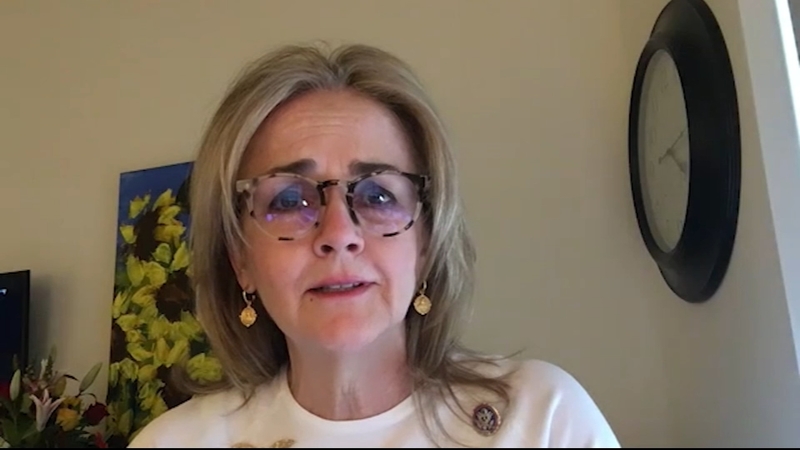 "Can you imagine that someone gets to wreak havoc and in the end you just say, 'We'll arrest all the people that he incited but leave him alone?'' asked Dean (D-PA 4th District). "No, this president must be held to account for what he did."

As House members get ready to make their case to the Senate, Pennsylvania Democrats are calling for Harrisburg Congressman Scott Perry (R-PA 10th District) to resign.

"What I'm focused on is the president's behavior. So what happens to colleagues and coworkers, if they aided and abetted the president, will be for a further investigation further down the road," said Dean.

Donald Trump's impeachment moves ahead as the House plans to deliver the article Monday.

"Scott Perry has disgraced South Central Pennsylvania, failed his country, and betrayed the trust of anyone who cares about our democracy," said Pennsylvania Democratic Party Chairwoman Nancy Patton Mills in a statement. "He is a stain on our Congress and must resign immediately."

Perry did not respond to Action News' requests for comment, but in response to previous calls for his resignation, his answer was simply, "No."

Republican Senator Rand Paul (R-KY) is among those who still refused to accept Joe Biden won the presidential election fair and square.

"If we want greater confidence in our elections, and 75% of Senate Republicans agree with me, is that we do have to look at election integrity and we do need to see if we can restore confidence in the elections," said Paul on Sunday.