Major storm hitting the West with damaging winds and flooding 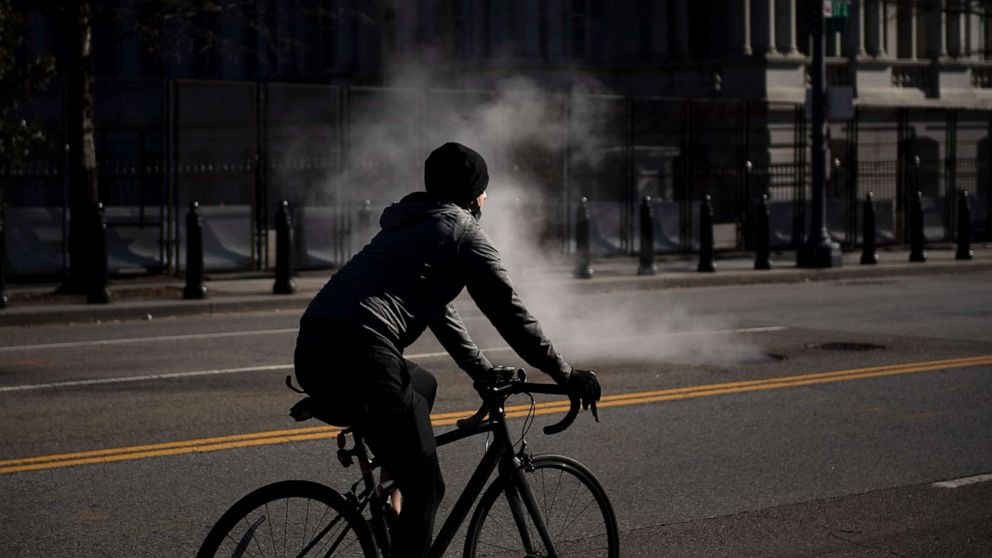 A landslide was reported in Oregon not far from Portland metro area causing a road to close, and took out trees and power lines.

Huge waves along the coast of up to 32 feet caused some beach erosion and coastal flooding.

In the mountains, locally 4 to 5 feet of very wet snow fell in the last two to three days and closed some passes which made roads treacherous.

There are 13 states on alert this morning, from Washington to Wisconsin, for damaging winds, flooding and heavy snow.

As this storm moves east into the Midwest by tomorrow and Friday, a winter storm watch has been issued for Wisconsin and Minnesota where some areas could see 6 to 12 inches of snow.

Additionally, winds could gust 40 to 60 mph causing blowing and drifting snow from the Dakotas down to Nebraska and Iowa.

Some of the snow could even fall in Chicago making for a messy end of the week.

This storm system will move into the Northeast by Friday night into Saturday with heavy rain from New York City to Boston and snow on the back side from the southern Appalachians into Pennsylvania, New York and into New England.

Snowfall totals will be high in the Midwest with locally a foot possible in Minnesota and Wisconsin.

In the East, the heaviest snow will be in western Pennsylvania, New York and into Vermont, New Hampshire and Maine where locally more than a half a foot snow is possible.
Report a correction or typo
Related topics:
abc newsnational
Copyright © 2021 ABC News Internet Ventures.
More Videos
From CNN Newsource affiliates
TOP STORIES