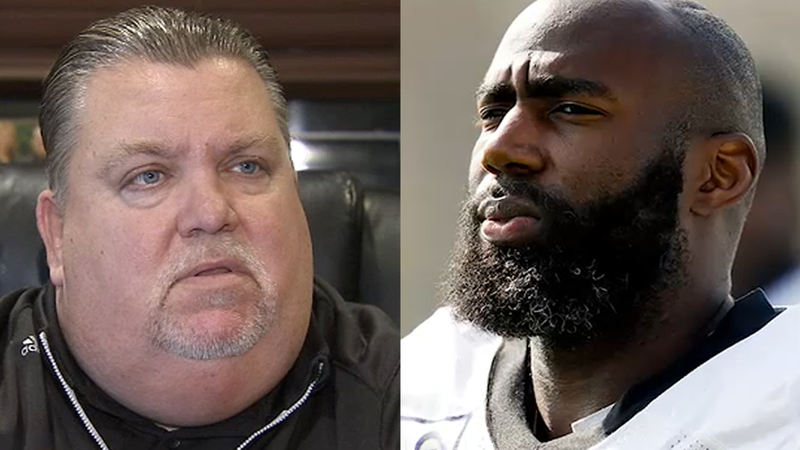 Philly FOP fires back at Malcolm Jenkins after op-ed

In Jenkins' article, he presented six objectives he believes Philadelphia residents would like to see in a new police commissioner.

When penning a piece for the Inquirer about the type of commissioner needed for the city, Jenkins touched on transparency, accountability and someone who can stand up to the police union saying, "Whether, through violence or racist Facebook postings, the police union is there to defend bad behavior. We need a commissioner who isn't in lockstep with the union and who will instead push back when the union tries to hide and justify bad behavior."

His article has drawn fire from leaders at Philadelphia's police union who responded with strong words on Tuesday.

He then spoke with Action News later in the day.

@FOPLodge5 fires back at @Eagles safety @MalcolmJenkins after he pens op-ed about presenting 6 objectives he believes residents want from a new police commissioner. Some include: transparency, accountability and someone who can stand up to the police union. @6abc at 11 pic.twitter.com/S95xa4B0TQ

But for residents and activist in South Philadelphia Tuesday night, their immediate concern was who is addressing the growing gun violence.

"We're all like, look ya'll going back and forth about that, and we're trying to keep kids safe on the streets," said Anton Moore with Unity in the Community.

This, as they learned how to tie tourniquets for gunshot victims.

"What happened to women and children being off-limits? Where is Malcolm Jenkins, no disrespect, and everyone else speaking out about that?" asked Terrez McCleary, with Moms Bonded by Grief.

In 2017, Jenkins did a ride-along with Philadelphia police to better understand the day-to-day patrols. Last month, he held a town hall with rapper Meek Mill on criminal justice reform and what residents want to see from the city's next top cop.

"When you see someone speaking about that, of course, Malcolm makes a good point, but we need to speak out on other issues as well," said McCleary.