WPVI
By Sandy A. Kenyon 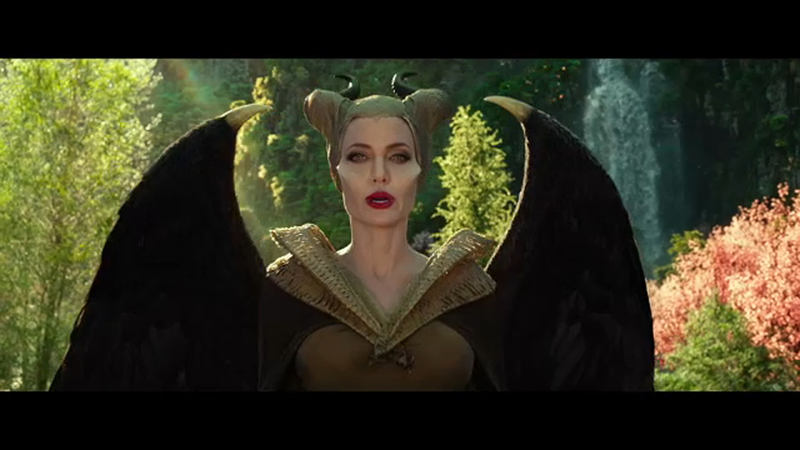 NEW YORK -- The sequel to a blockbuster that grossed more than one billion dollars around the world has Angelina Jolie back in the title role she is perfect to play. Enhanced by digital effects, Angie's well on her way to icon status. She is reason enough to see this movie, but Michelle Pfeiffer is another reason.

She plays Queen Ingrith intent on war with the magical land next door known as The Moors where Aurora, Maleficent's goddaughter, is a most kind ruler. That's when her prince returns. "Five years ago," he tells her, "I thought I lost you forever. There is no curse that could ever turn me away from you. Will you marry me?" Elle Fanning's character says, "Yes!" enthusiastically and wants Maleficent to approve, but she doesn't!

The fairy godmother does agree to come meet her very human future in-laws. Pfeiffer's queen tells her, "you have done an admirable job going against your own nature to raise this child, but now she will finally get the love of a real mother. Tonight, I consider Aurora my own."

The dinner deteriorates into mayhem from there. "There's no union. There will be no wedding," vows Maleficent. Now she and Aurora and all the creatures of the fairy kingdom must try to prevail over the Queen, who is the true Mistress of Evil.

To help me review this sequel I enlisted the help of 13-year-old Jordan Millar from the Kids First group of young critics. The film's "vibrant" special effects pleased Jordan because, to use her words: they "made it feel like you were in another world."

She'd recommend "Maleficent: Mistress of Evil" to her friends at school. Our Kids First critic is a fan of the original "Maleficent," and Jordan says the sequel "did it justice." She thinks Angelina Jolie is perfectly cast as the title character, and "it's cool we get to know more about her" in this movie. I agree.