WPVI
By Corey Davis
PHILADELPHIA (WPVI) -- A man and a teenage boy have been charged in a quadruple shooting in North Philadelphia that claimed the life of 19-year-old Yaniyah Foster.

Police have identified the suspects as 25-year-old Charles Davis of the 900 block of North Marvine Street and 16-year-old Joel Saint-Fort of the 1000 block of Parrish Street. Both have been charged with murder and related offenses. 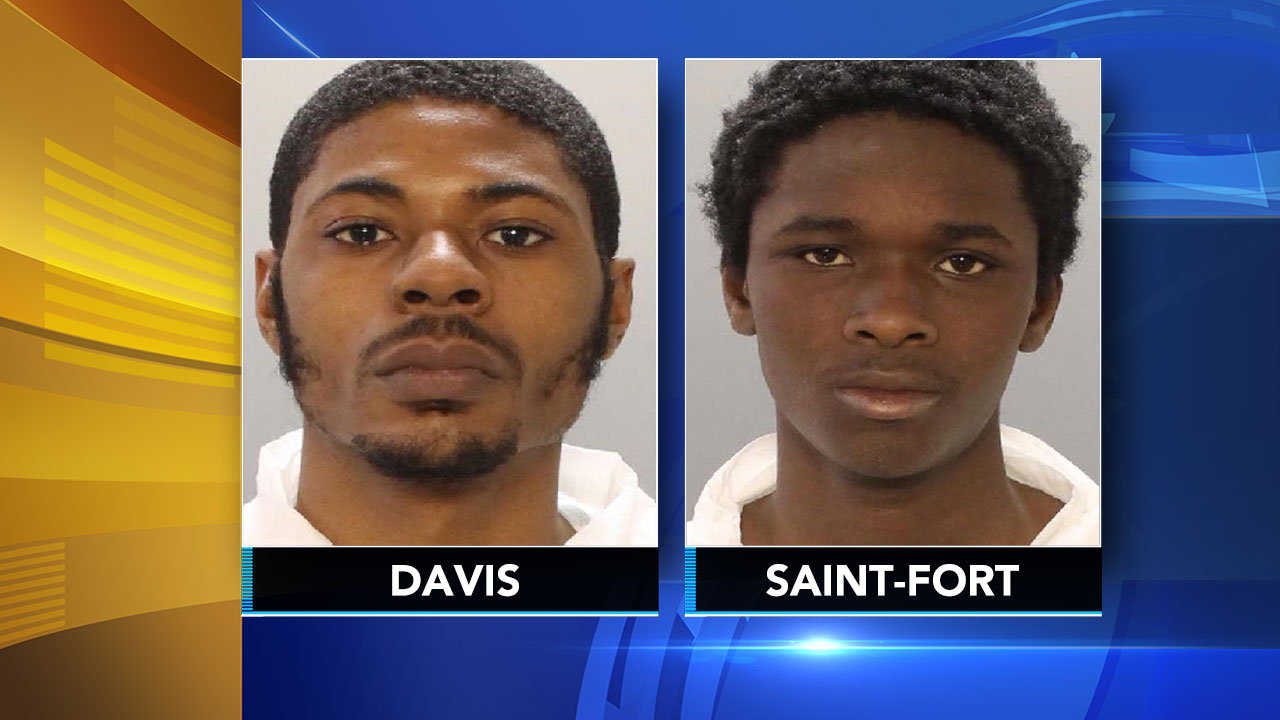 Authorities said Foster was on the stoop of her North Philadelphia home when she was shot in the head and killed. Three men were wounded.

Hundreds of people mourned the teen's death during a candlelight vigil Thursday night at the family's home.

They say Foster was motivated and was always smiling.

"My heart goes out to the family; they are in my prayer, my thoughts and we also need prayer for this community," said resident Joan Hoyle.

Police said the suspects opened fire on a group of seven people around 3:37 p.m. Wednesday on the 1000 block of West Thompson Street. Foster was taken to Temple University Hospital by police where she later died.

The shooting claimed the life of a 19-year-old woman who was shot dead on her stoop just feet away from a school full of children.

Authorities said they recovered 22 shell casings at the scene.

Police believe one of the injured men returned fire and wounded one the two shooters.

"It would appear from video this individual returned fire; we won't know that until we get the ballistics back," said Philadelphia Police Captain Jason Smith.

Foster's friends and family said they've had enough of the violence plaguing their community and having to live with shooting after shooting.

"Stuff like this happens every day in our community and it's like when are we going to wake up?" friend Lamisah Harris said. "My friend didn't do nothing to anybody. She had a kind heart. She went to work every day. She wanted to start her own clothing line."

The Philadelphia District Attorney's Office has charged two people with murder in connection with a quadruple shooting.