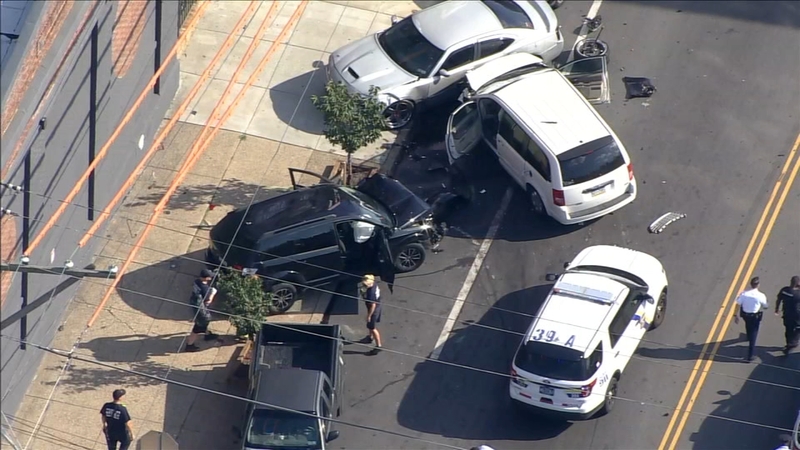 PHILADELPHIA (WPVI) -- Police say they have apprehended a man who crashed a stolen van into several other vehicles in Kensington.

The suspect crashed the van just before 5 p.m. Monday.

Car parts could be seen scattered throughout the intersection of I Street and Erie Avenue.

The suspect hit at least five cars, many of them were in motion at the time of impact.

Chopper 6 was overhead as police arrested the suspect.

It may have possibly started as a carjacking.

Police did confirm there are two gunshot victims.

Moments after the car was stolen, police spotted the van in the area of Erie Avenue just west of Front Street.

The suspects sped off east along Erie and then turned south on I Street before crashing.
Report a correction or typo
Related topics:
kensington (philadelphia)stolen carcrash
Copyright © 2021 WPVI-TV. All Rights Reserved.
More Videos
From CNN Newsource affiliates
TOP STORIES