Steve Homoki, 30, was arrested and charged with possession of an assault weapon, possession of a high-capacity magazine and child endangerment, according to the San Diego Police Department.

The videos allegedly showed a man pointing assault weapons at several unassuming pedestrians from a hotel window in downtown San Diego. Officers with the San Diego Joint Terrorism Task Force launched an investigation and identified Homoki as the man in the videos.

"An investigation was initiated by the JTTF that day and over the course of the next 48 hours, Steven Homoki was identified as the person responsible for the videos," the department said in a statement. "A search warrant was obtained for his residence in Spring Valley, California."

Police arrested Homoki on Thursday and recovered several firearms from his home. He allegedly has at least 14 firearms registered in California, according to San Diego ABC affiliate KGTV, which obtained a copy of a warrant for his arrest.

According to the warrant, Homoki allegedly booked a hotel room at the Sofia Hotel, located across the street from the San Diego courthouse, and used the space to practice aiming the weapon from the hotel room's window.

The YouTube videos, posted Sept. 17 and 18, appeared to be recorded using a body-worn camera. They showed a man displaying two assault-style rifles on a couch, along with a female mannequin head, a Department of Homeland Security license plate, an envelope and ammunition scattered on the room's floor.

The suspect was also seen loading and pointing the rifles at people walking outside while repeating "jams, boom." He was also seen pulling the trigger while the firearm's chamber was empty, or "dry firing."

"One down, more to go," he said at one point, according to the court documents.

The San Diego Police Department credited community members for reporting the videos and thanked them for speaking up about "an immediate threat to San Diegans."

"This arrest is an example of a community member coming forward with information that posed an immediate threat to San Diegans," the department said in a statement. "The San Diego Police Department would like to thank the community for their shared efforts to keep everyone safe."

"The extraordinarily swift investigative efforts put forth by the dedicated Agents and Officers of the San Diego JTTF quickly identified, located and arrested Mr. Homoki, preventing further incident," Brunner said in a statement Friday. "Just three days ago Mr. Homoki was an unknown poster of disturbing videos and is now behind bars, his threats neutralized. This investigation is a truly extraordinary accomplishment."

Homoki was being held on $20,000 bail and is scheduled for arraignment on Monday afternoon. It's unclear if he has obtained an attorney.
Report a correction or typo
Related topics:
san diegosouthern californiagun violenceu.s. & worldcalifornia
Copyright © 2020 WPVI-TV. All Rights Reserved.
CALIFORNIA

Kamala Harris: What to know about the California senator
High school football players carry man in wheelchair up CA summit 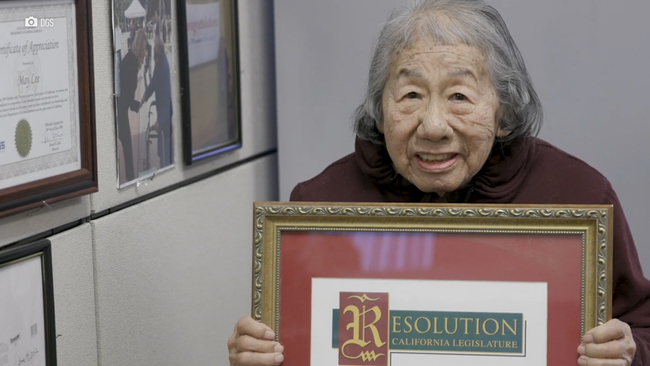