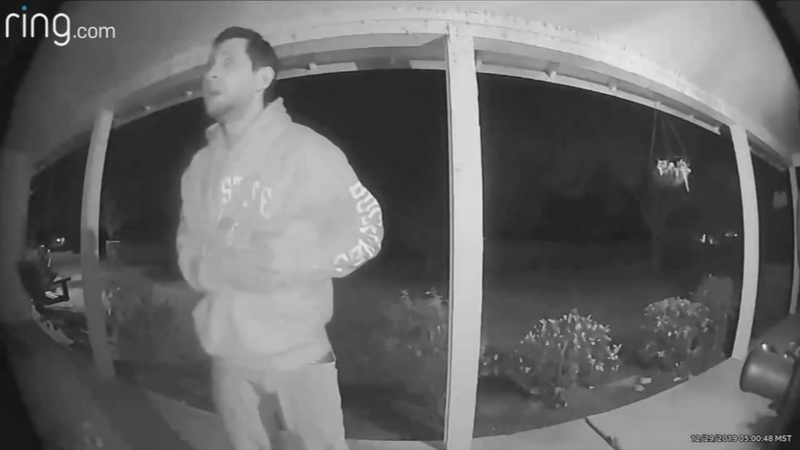 PHOENIX, Arizona -- A man's trip to Phoenix, Arizona for the Fiesta Bowl took a terrifying turn, and his desperate plea for help was caught on a home's surveillance system.

The 32-year-old from San Diego told police he was in his car when three teenagers pointed a gun at him, pushed him to the backseat and drove him around for over an hour before forcing him to make withdrawals at various ATMs.

The teens then shot him several times and pushed him out of the car near an open field.

The victim then managed to walk to nearby homes and desperately knocked on doors and rung doorbells until he reached the front door of a Phoenix-area firefighter who called 911.