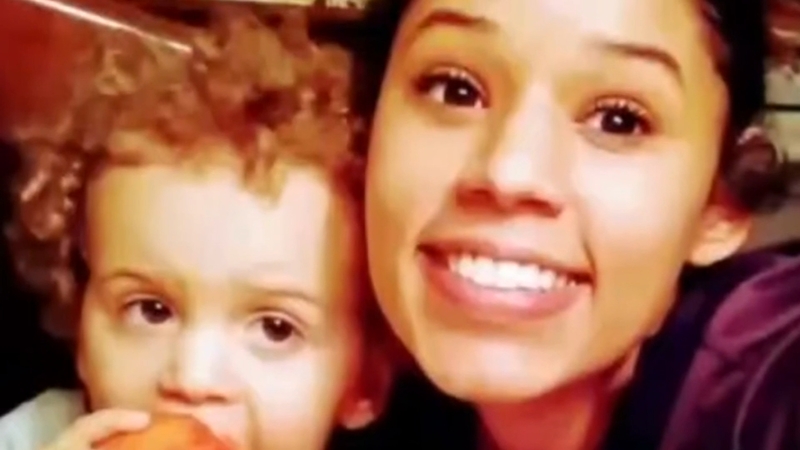 FORT LAUDERDALE, Fla. -- A man has been charged with kidnapping in the case of a missing 21-year-old Atlanta woman whose diaper-clad toddler was found wandering in an apartment complex parking lot late last month.

In a criminal complaint filed in Fort Lauderdale on Monday, the FBI said video evidence does not support Shannon Ryan's claims that he saw Leila Cavett and her 2-year-old son Kamdyn get into another person's vehicle. Investigators also say he bought odor eliminator, duct tape and extra-large garbage bags around the time of her disappearance.

Ryan, 38, is charged with kidnapping a victim with the intent of collecting a ransom, reward or other benefit.

Ryan was arrested Saturday and remains in the Broward County Jail. He was expected at a first appearance hearing on Monday.

The criminal complaint said Ryan told investigators he has known Cavett since around January 2019. He said she had come to South Florida with her young son Kamdyn to sell him her pickup truck.

"Leila's separation from her son is completely out of character," FBI Miami Special Agent in Charge George Piro said. "Her family and others in our community are very concerned about her safety and well-being."

According to the complaint, Ryan said Cavett met him at a gas station in Hollywood on July 25 before heading to the beach with the toddler in Ryan's gold Lexus. He said that when they returned to the gas station, they parked at the pumps and she and Kamdyn then got into a vehicle with several Black males. That was around 2:30 a.m. on July 26. Her vehicle was found July 28 in Hollywood.

Investigators said surveillance video from the gas station doesn't show Ryan's car at the pump. It also doesn't show Cavett or the toddler getting into a vehicle.

Later that morning, the child was found in the apartment complex parking lot in nearby Miramar, police said.

Surveillance video shows Ryan's car in front of the apartment complex in the minutes before a woman found the boy wandering and called police when she couldn't find his mother, the complaint said.

Video from the gas station shows Ryan's car leaving the gas station around 8:15 a.m. that morning and returning at 8:38 a.m., which is about the time the child was found.

A federal search warrant executed on Ryan's phone shows that he had made various Google searches, including "What day does commercial garbage pickup for Hollywood, Florida?" and "Does bleach and alcohol make chloroform?"

Law enforcement also recovered shovels with small droplets of a red substance on them. The complaint also said several employee at the gas station were interviewed by investigators. One recognized Ryan, and had seen him near the trash bin. Another employee remembered seeing women's clothing and children's toys in the trash and recognized a pair of floral pants worn by Cavett, the complaint said.

In video footage obtained by law enforcement, Ryan was spotted parking his vehicle near the trash bin on July 26.

In a rambling 51-minute video posted on Facebook Aug. 9, a man who appears to be Ryan says he was the last person to see Cavett, adding that he had helped her at a time she was homeless.

"We have a missing woman, and I gave the police everything that I know," he says in the video.