BETHLEHEM, Pa. -- A man has been convicted of attempted murder for opening fire on two state troopers during a traffic stop in eastern Pennsylvania last fall, critically wounding one of them.

Daniel Clary was accused of shooting Cpl. Seth Kelly, who was helping another trooper arrest Clary in Northampton County. He'd been pulled over for speeding and failed sobriety tests.

Officials say Kelly may have saved his own life by applying a tourniquet on his wounded leg before paramedics arrived.

The jury in Easton found Clary guilty Friday on 9 of the 10 charges he faced.

Clary's mother has said her son has a long history of mental illness and suffers from paranoid schizophrenia after a series of head injuries. 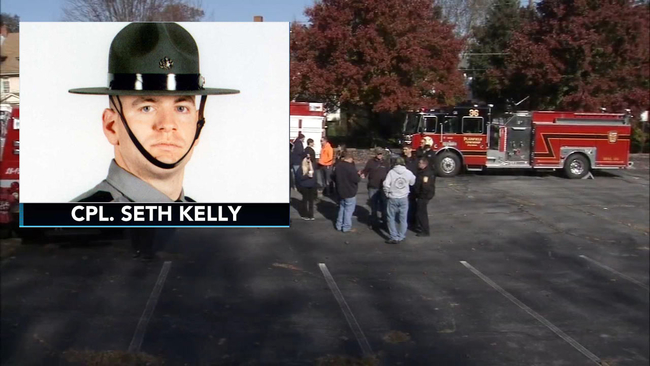