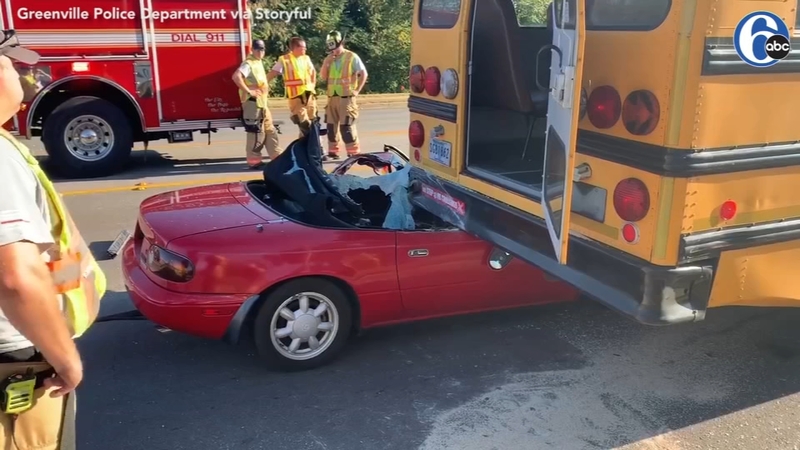 A man driving a convertible slammed into the back of a school bus carrying 60 children in Greenville, South Carolina, on Wednesday, police said.

The Greenville Police Department initially said no children were injured, but later said one student "complained of soreness" after the crash.

The driver of the convertible, 62-year-old Dennis Wade Allen of Greenville, was charged with following too closely, police said.

Allen was trapped in his red Mazda Miata for a "short time," police said. When he was freed, he was taken to a nearby hospital and treated for "unknown injuries." Police said Allen "miraculously survived the collision with only minor injuries."

Video, shared by the Greenville Police Department, shows the convertible wedged underneath the school bus and the car's windshield and roof destroyed.